Why visit the Valley of the Temples in Agrigento?

The famous Archaeological Park Valle dei Templi (Valley of the Temples) is the largest in the world and also a UNESCO Heritage site. Today we are going to talk about its attractions and give tips and information about this amazing place!

Why visit the Valley of the Temples in Agrigento?

Italy is a country rich in history, art and culture. And it is for this reason that tourists from all over the world seek it to admire the infinite beauty and, among them, certainly is the Valley of the Temples in Agrigento, one of the most precious treasures of Greek archeology in Italy. But after all, why visit the Valley of the Temples in Agrigento? Today we are going to make it clear that you need to make this city your destination, as the Temples of Agrigento are unmissable attractions! Here at Your Travel to Italy with Ana Patricia you make the trip of your dreams!!! ALSO: see our “Accommodation in Italy – Tips for your holidays!” 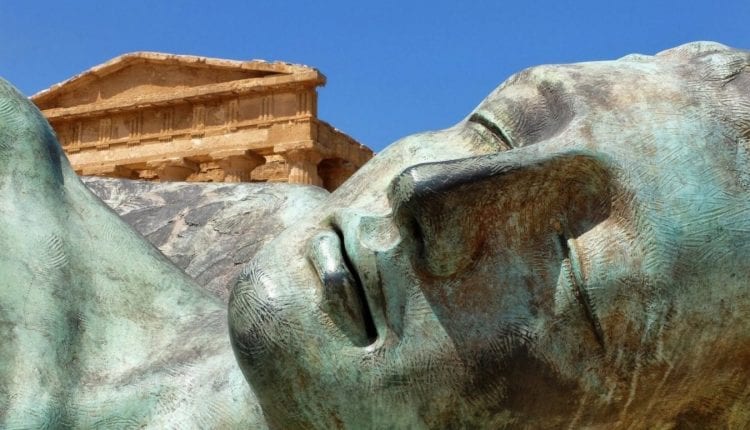 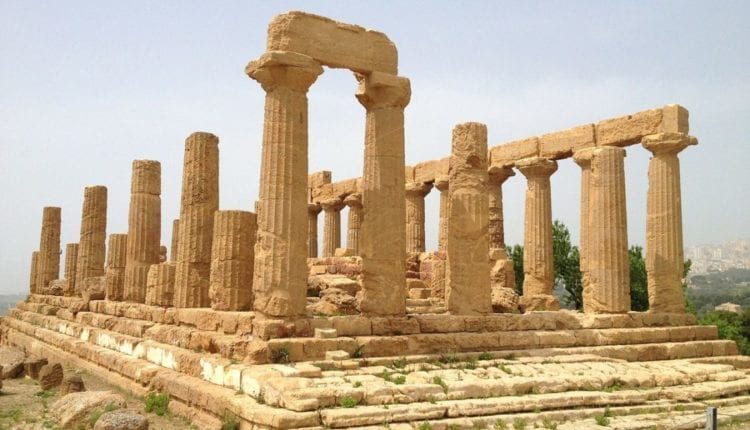 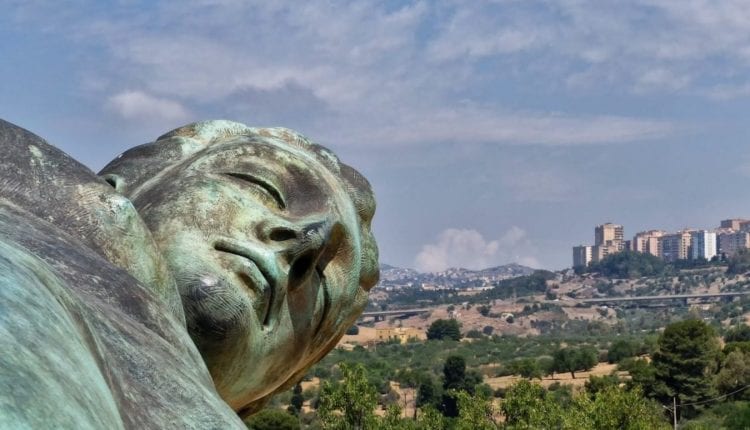 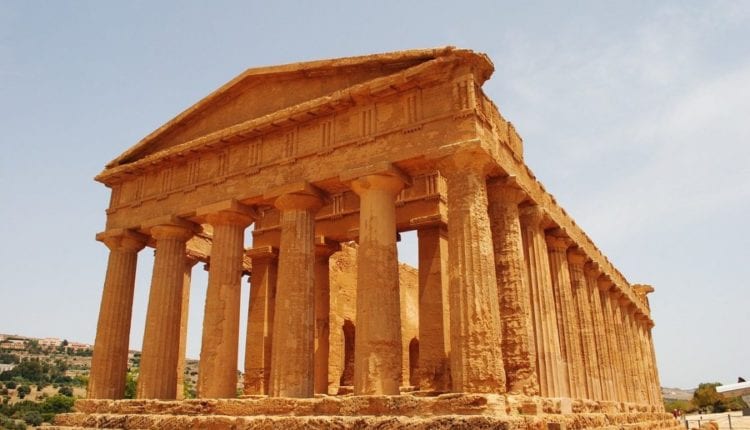 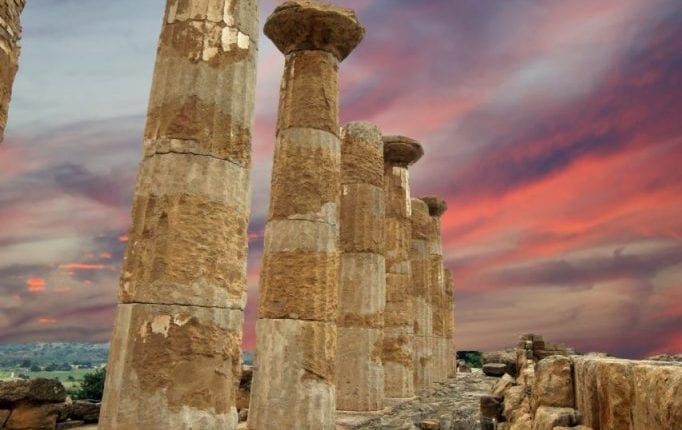 Remains of an ancient Greek temple of Heracles (V-VI century BC), Valley of the Temples, Agrigento, Sicily. The area was included in the UNESCO Heritage Site list in 1997 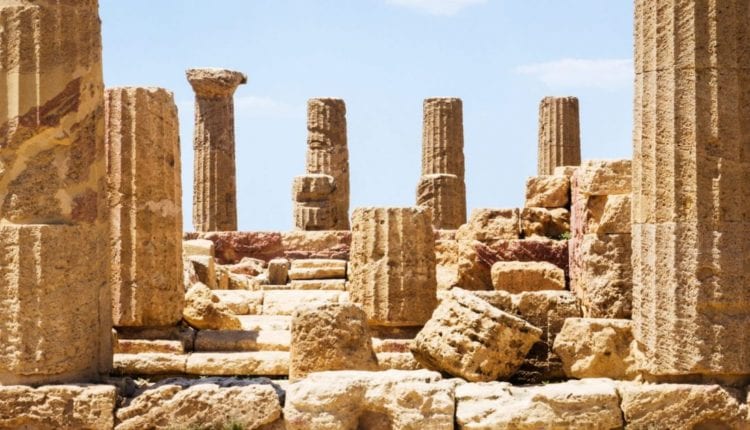 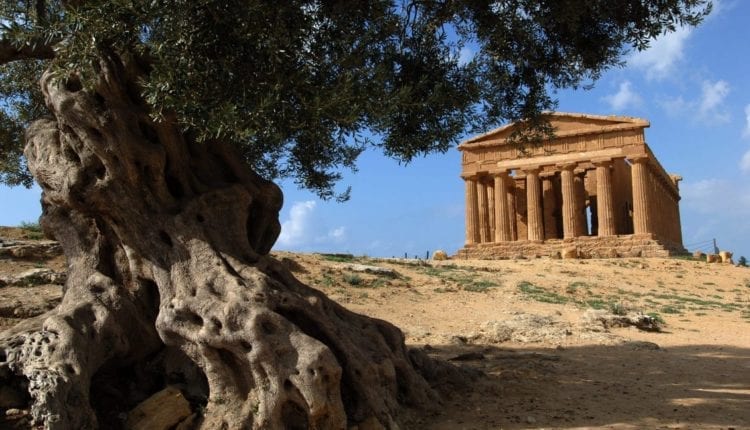 The famous Archaeological Park Valle dei Templi (Valley of the Temples) is the largest in the world and also a UNESCO Heritage site. Today we are going to talk about its attractions and give tips and information about this amazing place! The Valley of the Temples is composed, inside, of numerous ruined necropolises, ancient temples, tombs and forts, in addition to centenary olive trees and almond trees, it is one of the most important archaeological complexes in the Mediterranean. The park contains the remains of the ancient city of Akragas (in Latin: Agrigento) and the surrounding territory and is one of the most impressive examples of Magna Grecia, Sicily. In short, what was once a city is now a myth. How about getting to know the Historic Center of Agrigento by Electric Bike Rental?

Along a watershed incorrectly called ‘valley’, many temples were built to testify to the prosperity of the city where they were built. The buildings are all oriented to the East to satisfy the traditional criteria of the Greeks and Romans, who stated that the entrance to the host cell, the statue of the divinity, had to be illuminated by the rising sun, which meant the source and the principle of life. Learn more about Sicily here!

A little more about the Valley of the Temples in Agrigento

Today, the Valley of the Temples is part of UNESCO’s World Heritage Site and is considered a popular tourist destination, as well as a high source of tourism for the entire city of Agrigento and Sicily. The Valley of the Temples is characterized by the remains of seven Doric-style temples, three sanctuaries, a large concentration of necropolises, hydraulic works, fortifications, part of a Hellenistic Roman district built on Greek architectural plants, two important meeting points called Agorà, that are located inside the museum complex, a Temple of Olympian Zeus and a Bouleuterion (meeting room) from the Roman era with Greek plan.

According to archaeologists, the city is located under a cliff and was organized through six main roads, interspersed with smaller arteries, a large urban agglomeration, which remains the most evident feature in the great Doric temples built of yellowish tuff that against blue the sky seem to shine.

The park is divided into different areas, some neighboring, as in the case of the areas on the hill that include the temples of Juno, Concordia and Heracles, an underground necropolis in the open and others as far away as the Temple of Zeus and the Dioscuri, the gymnasium , the area of the Chthonic sanctuaries, the Kolymbetra and the Temple of Vulcan.

1) Why visit the Valley of the Temples in Agrigento? BECAUSE THE TEMPLE OF HERACLES IS THE OLDEST

Especially noteworthy is the TEMPLE OF HERACLES, which is considered the oldest and the second largest in the Valley of the Temples. Destroyed by an earthquake, today only eight columns remain, they say that this temple was as big as the Parthenon. In addition to the Temple of Heracles, we also remember the Temple of Concordia, which is the most famous and the most photographed, as well as being the best preserved.

2) Why visit the Valley of the Temples in Agrigento? BECAUSE THE TEMPLE OF CONCORDIA IS THE MOST FAMOUS

It is one of the most important points of expression of reference architecture in the landscape of the Valley, with six columns on both sides and thirteen on the long sides. It is called this way because of an inscription from the imperial era not related to the temple, but rather the harmony between the people of Agrigento. It is in almost perfect condition. In the 6th century, Bishop Gregório de Agrigento transformed this temple into a Christian church for worship, saving it a lot of abandonment and destruction and, even today, even if you cannot enter, you can still see the remains of the old stucco.

3) Why visit the Valley of the Temples in Agrigento? BECAUSE THE TEMPLE OF OLYMPIAN ZEUS IS ONE OF THE GREATEST

Later you can see the considerable size of the Temple of Olympian Zeus, unfinished, built in 480 BC. by slaves. It is now in ruins, although historians think that perhaps, in antiquity, it had the same fate. Between earthquakes and attacks by soldiers, it appears to have collapsed shortly after its construction. However, it must have been one of the largest, as the ruined terrain columns show. Today it is little more than a ruin, but its main feature is the large human-shaped statues that reach 17 meters in height. One was rebuilt and placed vertically in the park museum. A copy, however, was lying on the floor near the remains of the looted temple for centuries.

4) Why visit the Valley of the Temples in Agrigento? BECAUSE THE TEMPLE OF JUNE IS THE TEMPLE OF THE GODDESS OF MARRIAGE AND PREGNANCY

Continuing the tour through the temples you are in front of the Temple of Juno, dedicated to the goddess of marriage and pregnancy. Situated on top of a hill, near the Temple of Concordia, however, it is much more damaged. Of the original thirty-four columns are only twenty-five because fifty years after construction, it was burned by the Carthaginians. Not only that, in the 3rd century BC there was also a Roman consul, Quintus Fulvio Flacco, who wanted marbles in times of ‘plight’, thought well and pulled them off the roof of the temple. Needless to say that at the time things worked this way.

Then, in the Middle Ages, an earthquake “shouldered” the temple for the umpteenth time. To solve this problem, in 1700, archaeologists began a period of restoration. What we see today is the ‘son’, with a little ‘spurious’ from all those hands that hit or ‘caressed’ the tufts. Despite everything, it remains a monument that makes the heart beat faster.

5) Why visit the Valley of the Temples in Agrigento? BECAUSE THE TEMPLE OF THE DIOSCURI IS A SYMBOL OF THE VALLEY

Do not forget the Temple of Castor and Pollux, called Temple of the Dioscuri, dedicated to the two twins who, according to legend, are children of the Queen of Sparta and Jupiter. It is one of the symbols of the Valley of the Temples. What you will see is not the sacred place dedicated to them. It is only known for certain that this construction dates back to 1836, when two archaeologists in charge of noble sites remade, with the remains of the previous ones, thirty columns of the temple reduced to dust and stones. The result? One of the most famous and photographed panoramas of the archaeological park, a spectacular glimpse that has almost become a logo.

6) Why visit the Valley of the Temples in Agrigento? BECAUSE THE TEMPLE OF KOLYMBETHRA HAS A GARDEN WITH TYPICAL SPECIES

Also in the heart of the valley is a vast green area known as the Kolymbethra Garden, a beautiful garden full of lemon, orange and olive trees, the typical species of the Mediterranean. And here, in this treasure trove, unique and still intact, you can visit five hectares of gardens, perfectly organized and maintained, thanks to the action and care of FAI (Fund for the Italian Environment). The area was cleaned and restored from a naturalist point of view and is now a large garden, where there are typical Mediterranean plants, such as myrtle, oak, terebinth, broom and euphorbia, as well as mulberry and carob plants, citrus orchards with oranges, lemons and tangerines.

It is possible to walk along paths and small bridges that wind between fig trees and cedars, olive and almond trees. Once walking here, the philosopher Empedocles was inspired by these places, as well as the poet Simonides. Today his verses are studied at school, but his spirit still breathes between the wind and between the branches of these trees; listening well, in addition, the flight at a distance and the song of cicadas still echo someone who laughs and recites poems. A magical place.

7) Why visit the Valley of the Temples in Agrigento? BECAUSE THE ARCHAEOLOGICAL MUSEUM CONTAINS RELIC

For those interested, in particular, for archaeological finds around the temples, one can also visit the Regional Archaeological Museum. The museum, located within the park, contains many relics from ancient Akragas and is one of the most important in Sicily. The pearls? Certainly the statue of Efebo, one of the statues of the Temple of Olympian Zeus, and the many vases. The choice is yours, whether you prefer black figures or red ones.

Click Here for a Tour of the Valley of the Temples and Archaeological Museum!

Watch this video and learn: Five things to never do in Italy

Address of the main stores in Rome?

How to go to Venice?