What to do in 1,2, 3 days?CampaniaItineraries

Why visit the archaeological museum in Naples?

It is one of the most important museums in the city of Naples, and has one of the richest and most precious heritages of works of art and artifacts of archaeological interest in Italy.

Why visit the archaeological museum in Naples?

The museum contains a large collection of Roman artifacts from Pompeii, Stabia and Herculaneum. Each sample is placed in the correct thematic section, which dates from prehistory to late antiquity. The collection includes works of the highest quality produced by the Greeks, Romans and Renaissance era. Also read: How to go to Naples from Rome? and What to visit in Naples in one day?

1) Why visit the archaeological museum in Naples? THE CONSTRUCTION

The construction of the museum is of great architectural importance, being one of the most impressive palaces in Naples, located on the site in the ancient necropolis of Greek Neapolis, the necropolis of Santa Teresa. The building that now houses the museum is the construction of the Royal Museum, built in 1585 as ‘the cavalry barracks’. Today, from the original installations, it has only the west gate on Via Santa Teresa, and it was built by the architect Casale, by order of the Viceroy of Spain, Don Pedro Giron, in 1585.

The structure was then transformed, between 1610 and 1615, by the architect Giulio Cesare Fontana, also in order to transfer to the museum the studies from the old University. The work was completed by eighteenth-century architects, Ferdinando Fuga and then Pompeu Schiantarelli, which expanded the former Palace of Studies to become a universal museum, according to the encyclopedic cultural model ruling at that time. In recent years, the palace has lost almost all of its sculptural decorations, and created another floor, assuming the most compact and imposing aspect, but still very characteristic.

2) Why visit the archaeological museum in Naples? THE COLLECTIONS

In this museum, extraordinary important artifacts are preserved, that are divided into three main groups: the Farnese collection, the Pompeii collection and the excavation findings.

The Farnese Collection, is one of the largest collections of ancient sculptures in the world, a merit of Alessandro Farnese, better known as Pope Paul III. This collection was put together in the 16th century, through the purchase and confiscation of aristocratic collections, donations and, especially, with the results of the excavations carried out by the Farnese family in Rome. Walking through the long corridors of the museum you will be ‘kidnapped’ by the majesty of the imposing statues of Hercules, of Apollo, seated with his lyre and of Dionysus, represented as an oriental deity, with a beard and a long robe. All of these gods are opposed to mythological portraits, vases and sculptures of animals.

Another piece worth seeing is the Farnese’s Atlas, in the Meridian Room. The statue depicts Titan Atlas supporting the world on his shoulders, in which is represented forty constellations. Farnese’s Atlas is the oldest representation of the constellations. There are no other figurative monuments that testify to the iconography of the celestial sphere, as it was considered in Greek-Hellenistic astronomical culture.

The Pompeii Collection, however, is dedicated to the artifacts found during the excavations of Pompeii, Herculaneum and Stabia; there are frescoes, mosaics, kitchen utensils, pots, stockpiles, ivories and ceramics. Each room is a piece of history to trace the walls of these destroyed cities. Among these works we find the large mosaic depicting the battle of Issus of Alexander the Great against Darius and the House of the Faun, named for the discovery of a bronze statue of the ‘Faun Dancer’.

Among other collections, the Egyptian Collection stands out, the third most important in Italy, after the Vatican Museum and the Egyptian Museum of Turin. The Egyptian Collection at the Archaeological Museum in Naples is the oldest. Located underground, it is recognizable thanks to an Egyptian sculpture at the entrance, representing a kneeling official who maintains a small temple in honor of a god.

It is perhaps the most macabre collection due to the exposure of mummies, sarcophagi, funeral motifs, votive statues, molds, Pharaonic and Roman obelisks. Since you are visiting this important museum, you should not forget to see the Epigraphic Collection, which represents one of the most important epigraphic collections in the world; is a collection dedicated to texts written in Greek, Latin and Italic dialects. You can also see the Numismatic Collection, which collects the first coins made in Ancient Greece to those of the Kingdom of Two Sicilies, which were received at the Museum through the acquisition of private collections, such as that of Farnese, Borgia and Santangelo, and the excavations carried out in common in Vesuvius and southern Italy.

The visit to the museum lasts about three hours. When you have finished visiting the collections, do not miss the Meridian Room, one of the most imposing architectural spaces in the city of Naples. It was used to house the ‘Public Library’ when the palace was home to the University of Naples. The ceiling is very interesting, decorated by Pietro Bardellino where the work of two sovereigns, Fernando IV de Bourbon and Maria Carolina of Austria, in favor of culture, is increased.

How to get in Museo Archeologico from metro? 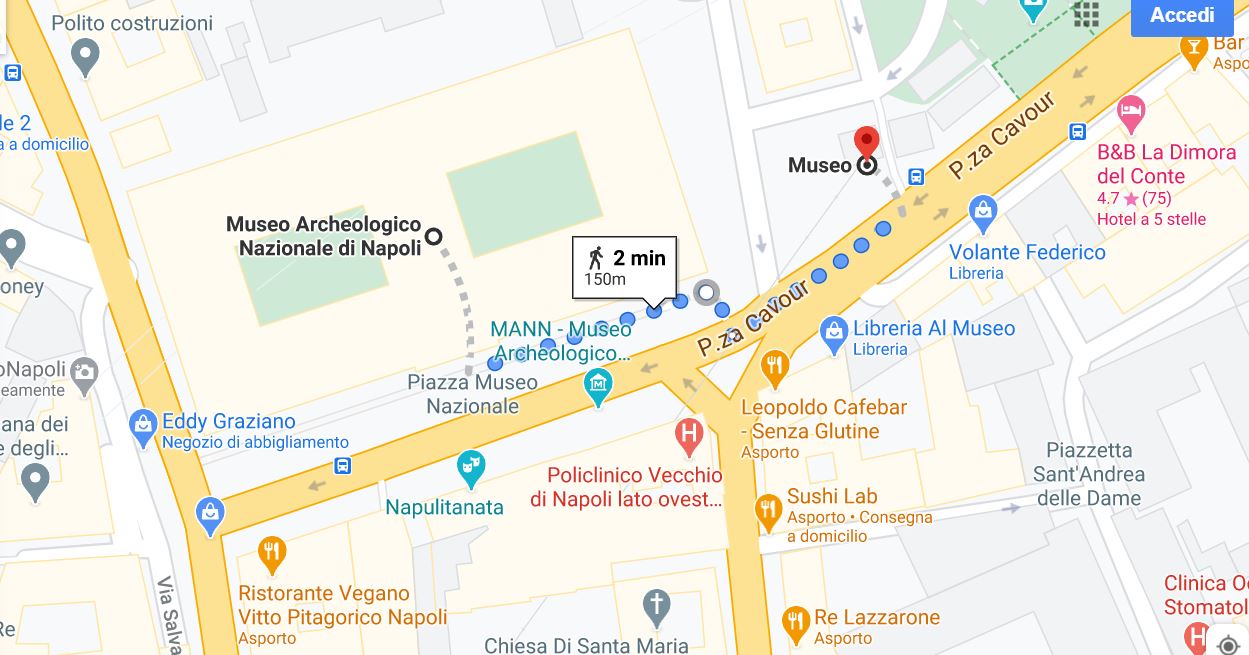 Watch this video and learn: 10 cities to visit in italy?

Why visit the archaeological museum in Naples? The conclusion of this text is that you need to visit the museum, if you haven’t already, as soon as possible, because it will be an experience that will remain in your memories forever.

And if you feel insecure, have no time, and need help to organize your trip, don’t hesitate to contact me! I will love to help you make your dream trip to Italy come true. And how can I do that? Keep reading this post until the end and you will understand how we make your life and your trip much easier 🙂

The 10 Most Romantic Hotels in Italy