Where to stay in Bologna?

One of the most charming cities in Italy has excellent accommodation options. We have prepared a list to help you stay in Bologna!

Where to stay in Bologna?

Bologna is a very well-served city in many aspects in northern Italy: it has an airport, train station, great roads, historic buildings, monuments and many other incredible attractions. Historic city, Bologna is one of the most cultural in Italy. The porticoes are the trademark of this city that enchants for its simplicity and elegance that blend in an irreproachable way. Furthermore, it is home to the renowned University of Bologna, one of the most prestigious in the world. Bologna received several people, so its cultural heritage is immense. There are three regions in the city that are excellent options for staying. Where to stay in Bologna? Let’s get to know what they are? Here at Your Travel to Italy with Ana Patricia you make the trip of your dreams!!! ALSO: see our “Accommodation in Italy – Tips for your holidays!”

Are you going to stay in Bologna?

Know that by booking on our blog through Booking.com you will be helping to maintain our website and you will not pay anything more for that, as the reservation service is FREE. That is, no booking or administrative fees, and reservations can be canceled for free.

My advice: take a Walking Tour of the City Center to learn more about the history of the place, click here to learn more! 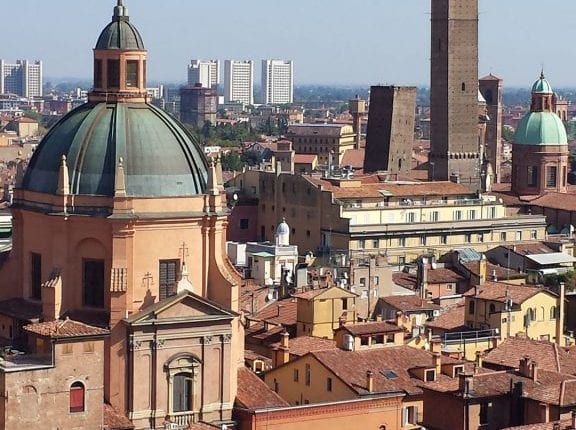 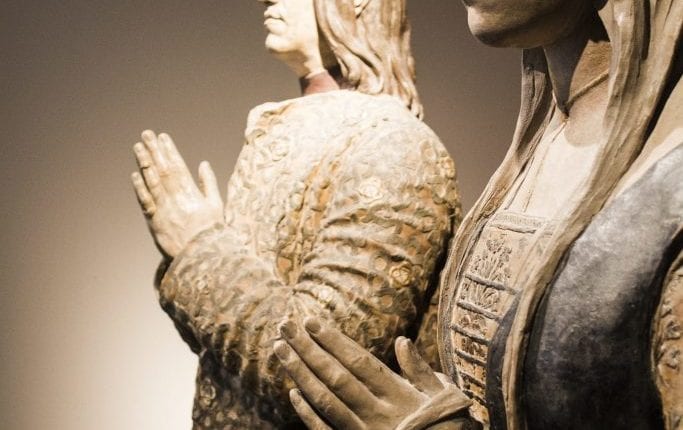 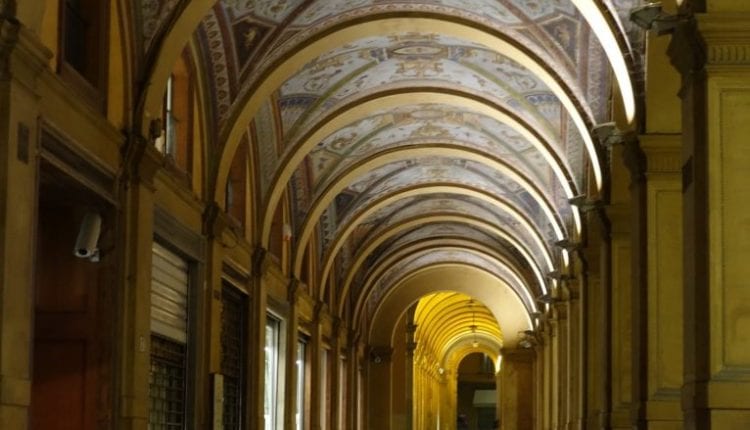 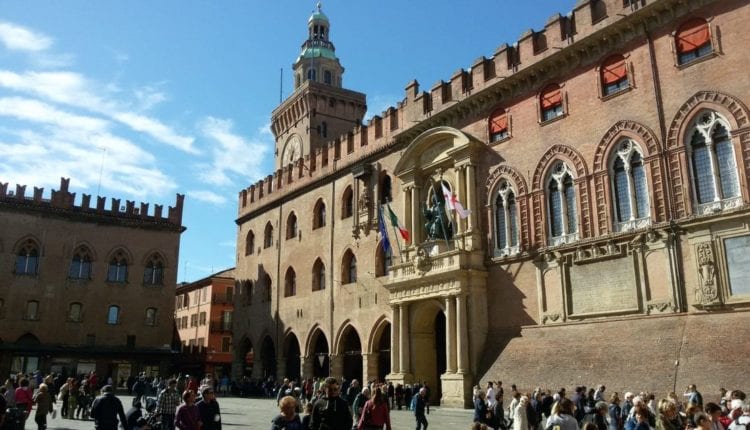 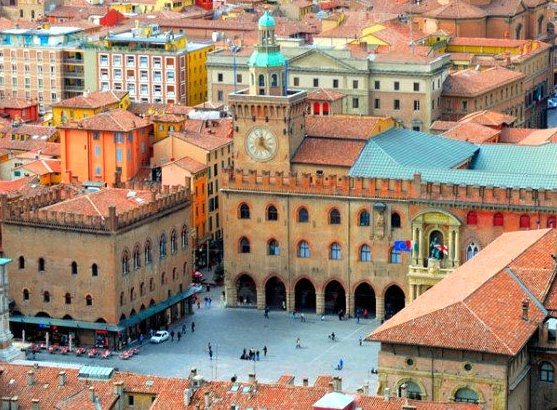 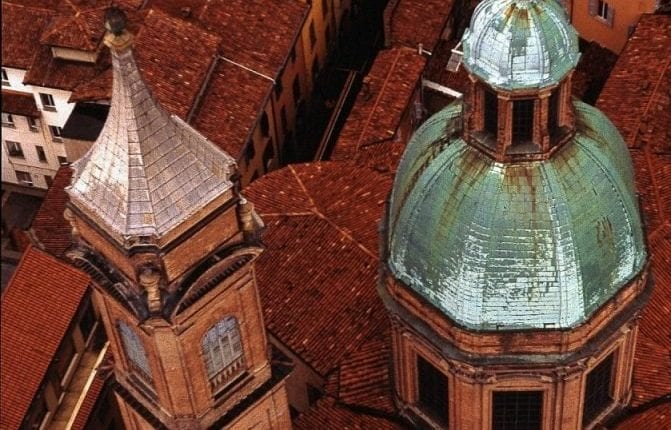 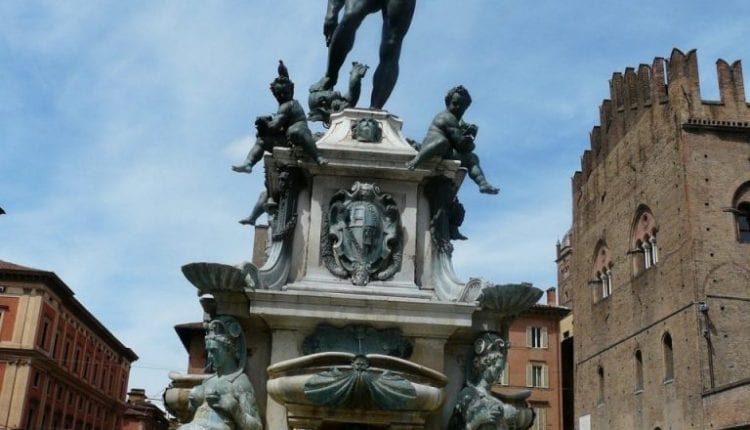 1) Where to stay in Bologna? IN THE HISTORICAL CENTER

Bologna’s historic center is strikingly beautiful! The centenary buildings are extremely well maintained and have a phenomenal charm. It is there that the heart of the city is: monuments, bars, restaurants. Staying there is a great option because you will be close to the main points of the city. Of course it is not one of the cheapest options, but it is still to be considered, since you can get to know the city on foot and save on transportation. In the historic center it is possible to admire the Statue of Neptune which, imposing, dominates the Homonymous Square. It is also there that the Cathedral of the city, dedicated to Saint Peter, is located.

Other Attractions in the Historic Center

Be sure to visit St. Petronius Basilica, with its 22 chapels! It is incredible and its Gothic architecture is impressive. Another must-see attraction is the Podestà Palace, which today serves as a commercial building and houses the city’s most renowned offices; there is also the Municipal Library, a tour that should definitely be on your list of things to see.

Walking through Maggiore Square you can see the priceless value that this city has in historical terms; of these symbols, two of the most important are the City Towers! Passing Via Rizzoli, you will reach the two pending towers. One of them is known as the Garisenda Tower and the Asinelli Tower, the latter was used as a watchtower in World War II. The lowest tower (Garisenda Tower) is 48 meters high and has a slope of 3.22 meters – it cannot be visited from the inside; the tallest tower (Asinelli Tower) is almost 100 meters high (97.20 – to be exact!), you can climb on top of it (there are almost 500 steps) and its inclination is 2.23 meters.

2) Where to stay in Bologna? IN THE UNIVERSITY REGION

As we have already said Bologna is home to one of the most renowned universities in Italy: the University of Bologna. The University of Bologna (Università di Bologna) is considered the oldest university in Europe. It was founded in 1088 and its history is impressive! The University’s strengths were the Humanities and Civil Law courses. In 1364, several theologians started teaching theology and there they studied Dante Alighieri, Cino da Pistoia, Cecco d’Ascoli and other important Italian names. In the 15th century the teachings of Greek and Hebrew deserve to be highlighted and in the 16th century, the teachings of ‘natural magic’, which today would be the experimental science for discovering cures, remedies, etc., deserve mention.

Learn a little about the University of Bologna

In the 16th century, Gaspare Tagliacozzi took the first studies on plastic surgery, both aesthetic and functional, to the University of Bologna, and in the 17th century Marcello Malpighi arrived at the University for his anatomical research. Nicolaus Copernicus studied Law at the University and there he also started his important astronomical observations. With the Industrial Revolution in the 18th century, the University begins to promote the development of science and technology with names like Luigi Galvani who, together with Alessandro Volta, Benjamin Franklin and Henry Cavendish, are the founders of modern science.

Celebration of the Centenary of the University

In 1888 the eighth centenary of the University was celebrated and, for the party, representatives of all universities in the world were gathered to honor Mater Universitas. The ceremony was grand and the universities recognized their roots and the University’s contribution to Humanity. Currently the University of Bologna offers courses in Arts, Law, Medicine, Pharmacy, Mathematics, Engineering, Agronomy, Veterinary, Architecture and Pedagogy. The region is great for those who like busy life!

Both day and night, especially on weekends, the city does not seem to sleep. If you don’t like noise (which is not unbearable, but if you don’t, don’t even think about staying here!) this is not the place to be. Prices are a little lower than staying in the historic center and a short 15-minute walk is enough to get there. In spite of regrets, it is a place not to be discarded when it comes to accommodation in Bologna.

3) Where to stay in Bologna? IN THE CENTRAL STATION AREA

A twenty minute walk from the Historic Center, it is an excellent region if you chose Bologna as your base city to travel to other cities by train. It is not such a beautiful region, but it is also very functional! It is a very safe region and there are several accommodation options there: for all tastes and budgets! One of the most famous streets in the region is Via dell’Independienza, which in addition to excellent hotels, offers a wide choice of restaurants, bars and shops.

Bologna can be toured on foot without problems, so there is no need to use public transport frequently. Another advantage of being close to the station, as we have already said, is the facility to go to other cities by train or for those who will stay a few days in Bologna, one or two nights, for example. In general everything is close to everything in the city, so you will have no major problems to move around on foot.

Didn’t you like these options? So learn right now!

Click here and learn how to book a hotel in Italy without falling into a trap!

Where to stay in Bologna? Bologna is a historic, famous and charming city. It is able to conquer even the most demanding tourists and will leave unforgettable moments in your memory! And if you need help organizing your trip, don’t hesitate to contact me! I will love to help you make your dream trip to Italy come true.

Where to find the best aperitif in Venice?

What to do in Milan when it rains?