What to see in Herculaneum?

The lost city of Herculaneum, buried for centuries by lava from Vesuvius, continues to reveal its well-preserved treasures. Today we are going to get to know the splendid Herculaneum, as we have tips and useful information for you to put in your Travel Itinerary to Italy!

What to see in Herculaneum?

The excavations of Herculaneum, in the Campania region, are less well known than those of Pompeii, but they are of unparalleled beauty and a true historical heritage, housing true gems of the past. Well preserved, the city is charming and deserves a visit. But what to see in Herculaneum?  Here at  Your Travel to Italy with Ana Patricia  you make the trip of your dreams !!! ALSO: see our  “Accommodation in Italy – Tips for your holidays!”. 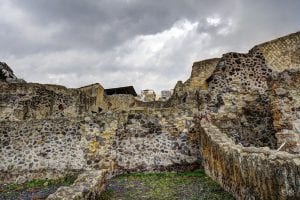 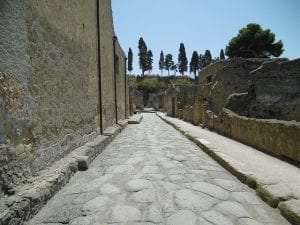 Pixabay
Prev 1 of 3 Next

In 62 AD, the city experienced a terrible earthquake, and in 79 AD, after being almost completely rebuilt, the violent and sudden eruption of Vesuvius fiercely destroyed everything around it, covering the nearby Roman cities with lava. However, the story of Herculaneum is different from that of Pompeii: the city was devastated almost twelve hours after its neighbor Pompeii and covered with a layer of lava over 18 meters high. Quickly rebuilt around the ruins, the Roman city was forgotten for centuries and only in the 18th century, during the works of creating a well, objects from the Roman period were found. So the excavation work began , bringing to light the wonders of this city so rich in history and which, even today, continue to slowly reveal wonderful secrets of this very special place.

According to Dionysius of Halicarnassus, Herculaneum was founded by Hercules as soon as he returned from the Iberian Peninsula; another version says that its foundation was made by Strabo, on a promontory at the foot of Vesuvius, overlooking the Tyrrhenian Sea. During the social wars, Herculaneum, like other cities in the region, rebelled against Rome, but was conquered by Titius Didius. Herculaneum was transformed into a holiday resort for Roman aristocrats, who enjoyed the sea and all the surrounding nature.

The Herculaneum complex goes beyond its excavations: it is currently a place for exhibitions, some events, musical performances and even welcomes couples to celebrate civil weddings. Herculaneum is fully included in the richest Vesuvian cities in history, art and Campania’s natural beauty. The archaeological site of Herculaneum brought important discoveries to the history of humanity and, even if part of them still remains covered by the current urban settlement, it offers the visitor a unique experience.

1) What to see in Herculaneum? THE VILLAGE OF PAPYRI

The buildings are very well preserved, which makes the experience of getting to know the city fantastic! By the way, the fact that the city was covered with a mantle of incandescent lava explains the almost perfect state of conservation of the mortal remains of its residents and the conservation of organic materials such as the wood of the furniture, fabrics and the precious papyrus, intact, found in a village.

The Village of Papyri was the former seat of a library, and contained Roman manuscripts saved from ruins between 1752 and 1754. The papyri are kept in places such as the National Library of Naples, the French Academy of Sciences in Paris, the Bodleian Library in Oxford and the British Library in London. Among the gems found in Herculaneum, there are frescoes and mosaics, statues, market stalls and villas. The big difference between Herculaneum and Pompeii is that in Herculaneum there was also a ‘basement‘, which, like the main floor, is very well preserved.

2) What to see in Herculaneum? THE BOAT PAVILION OF HERCULANEUM

In addition to the archaeological areas, you can also visit the boat pavilion of Herculaeum, the only one found under the lava in what was the old port of the city. According to the historical reconstruction, the ship presented there was the only one on the coast that would not sail on the day of the tragedy. Scholars say it was in port for repairs as it likely had problems. Interestingly, the rich inhabitants of the city, which was mostly a city of the Roman aristocracy, were largely saved, sailing away from there, and according to recent studies, it was discovered that only the poorest, mainly slaves, were unable to escape in time. His bones are heaped in one of the shipments from the port of Herculaneum.

To visit Herculaneum, it is advisable to use a map and an audio guide, available at the reception. The tour lasts, on average, four hours and is beautiful! Or, if you prefer, we have recommendations for guides, just click here without commitment to ask for your quote!

To buy tickets you can access the official website of Coop Colture. Tickets cost 10 euros. Remembering that on the last Sunday of each month, between March and November, visits are free.

How to get there?

Watch this video and know more about Italy!!

What to see in Herculaneum? Visiting Herculano is getting to know a page of Italian history. While we can imagine how terrible everything that happened to those people must have been, it is impossible not to think about how everything has remained so well preserved after so long. The feeling of trying to understand the feeling of someone who lost their life there is inevitable, but the feeling of being in such a splendid place will surprise you.

How to get to Padua from Venice?

San Vito Lo Capo: a piece of paradise in Sicily