The Mona Lisa House in Vignamaggio in Tuscany?

A place with magic that impresses! This is how we can define Vignamaggio, the home of the Mona Lisa, and the setting for the film: Much Ado About Nothing. Today we will discover the famous landscape where the picture was painted!

The Mona Lisa House in Vignamaggio in Tuscany?

The story of the Mona Lisa, the famous Gioconda, enchants all types of audiences. Leonardo Da Vinci’s masterpiece is surrounded by mystery, and many have tried to unravel all his secrets. What few people know is where Mona Lisa lived and today we are going to tell you a little more about Vignamaggio. Let’s know more about the Mona Lisa House in Vignamaggio in Tuscany? Let’s get to know the famous landscape where the picture was painted! Here at  Your Travel to Italy with Ana Patricia  you make the trip of your dreams !!! ALSO: see our  “Accommodation in Italy – Tips for your holidays!”. 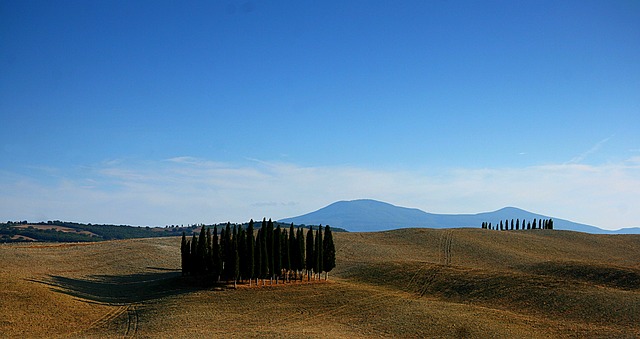 Did you know that Leonardo Da Vinci’s masterpiece was painted against the background of where the Mona Lisa lived? The landscape of the famous painting is Vignamaggio, the home of the Mona Lisa. Shall we go there for a tasting and travel back in time? Stay until the end of the Post and check it out! Learn more about Tuscany by clicking here!

A little about Leonardo da Vinci and his Mona Lisa

Leonardo Da Vinci was a master of the arts, everyone knows that! Between 1503 and 1506, Leonardo painted one of the most famous portraits in the world: in the picture appears a noblewoman with enigmatic, sensual, maternal traits and a smile that, until today, no one has been able to unravel, we would say enigmatic. The young woman’s expression never made it clear what her exact “feeling” was at that moment. For years, various theories about the mysterious identity of the Mona Lisa have excited scholars and biographers, fueling the imagination of writers and filmmakers.

It was even thought that Mona Lisa could, perhaps, be a self-portrait of Leonardo, a fantasy figure, or perhaps an alter ego, they also considered that it could be Caterina Sforza, Isabella de Aragon, and even an artist’s mother. In the mid-16th century, Vasari recognized in this the young noble Monna Lisa Gherardini (1479-1542), daughter of Anton Maria di Noldo Gherardini and wife of Francesco del Giocondo, from which the current name of the painting derives. This fact only fueled the stories even more and local folklore gave rise to the legend that Vignamaggio was the home of the Mona Lisa. No wonder the main wine of the winery’s Classic Chianti line was named Gran Selezione Monna Lisa.

The Comedy Much Ado About Nothing was filmed in Vignamaggio? Yea!!! Vignamaggio is not only famous for the Mona Lisa: it was there that, in 1992, the filmmaker Kenneth Branagh decided to use the Village as the setting for his film adaptation of one of Shakespeare’s plays written in 1599, the comedy “Much Ado About Nothing”). With a heavy cast that included names like Denzel Washington, Keanu Reeves, Emma Thompson, Michael Keaton, Kate Beckinsale, and Kenneth himself, filming lasted about two months and the story revolves around love affairs and political intrigue in the life of the character Don Leonato.

Although the story of Shakespeare’s play takes place in Sicily, in Messina, Kenneth chose to film in Tuscany because of its unparalleled beauty. Vignamaggio presented the perfect structure and sets and thus in 1993, the film was released to critical and public acclaim. The feature was nominated for several awards, among the most important: Golden Globe for Best Comedy/Musical Film and the Palme d’Or at the Cannes Film Festival.

Let’s get to know the history

It all starts back in 1250. The Gherardini, a noble and well-known Tuscan family, decided to build their castle in Montagliari, on top of a hill that offered a beautiful view of the River Greve Valley. Devoted, the family then decided to build the church of Santa Maria della Neve next to their village.

In 1300 the Gherardini were expelled from Florence by the Black Guelphs, so the family settled permanently in the castle of Montagliari. Forced into exile, the family joined other Tuscan clans in Val di Greve to fight the political hegemony of the Black Guelphs. Thus, they organized and carried out violent attacks to prevent the transport of food and goods to Florence.

In 1302 Florence got tired of this situation and destroyed the Castle of the Gherardini, who were forced to move to the other side of the valley, Vignamaggio. In the early 1400s, the economic and social development of the countryside boomed and the old settlement of Vignamaggio was turned into a mansion.

With privileged terrain, in 1404 the first document was signed that testifies to the presence of Vignamaggio’s grape plantation: the 1404 parchment is by Amidio Gherardini and allows, symbolically, to celebrate the beginning of the history that links Vignamaggio to winemaking. In other words, history began more than 600 years ago.

However, things did not go so well for the Gherardini family: in 1421, full of debts, the family had to hand over the property to another important family, the Gherardi.

In 1473, Leonardo da Vinci appears on the scene, and painted “Landscape with the river”, highlighting the church of Santa Maria della Neve. Six years later, in 1479, Monna Lisa Gherardini, the noblewoman who served as a model for Leonardo da Vinci in his masterpiece, La Gioconda, was born in Vignamaggio.

In 1500, Vigmaggio appears on the map of the people of San Niccolò, in Montagliari, already in 1600 Andrea Gherardi manages to keep his farm for a long time and buys new farms and lands, considerably increasing his wine production. The village of Vignamaggio becomes a cultural center for those who lived in that area, in addition to the vineyards, orchards, olive groves, and chestnut groves were built and a small private chapel was also built, close to mills, ovens, stables, and chicken coops. The venue also features a charming courtyard and a cheese room.

Marketing of Products and sale of the Villa

In 1700, with production in full swing, the family decided to sell the items produced there such as wine, olive oil, wheat, fruits, etc. In the early 1800s, the entire region went through a serious agricultural crisis, and in 1831, the Gherardi family had to sell the villa, and the property passed through the hands of several owners. Despite everything, in 1900 the vineyards and olive groves stood out as unique elements of the Chianti panorama, and in 1926 Count Sanminiatelli made Vignamaggio an important cultural and artistic center.

More recent history tells that in 1987 the property definitely went to the Nunziante family, who restructured all the buildings, gardens, and cellars and finally opened the property to the public. Vignamaggio became a tourist reference and, to this day, is one of the most visited places in Tuscany. In 2014, the administration of the Village of Vignamaggio ended up in the hands of the architect Patrice Taravella, who created a new reception and hospitality design and who shared Vignamaggio as a life experience.

How about a special tasting with the real background of Monalisa’s Frame?

Are you enjoying your reading?? I hope I’m helping you with this post!

The Mona Lisa House in Vignamaggio in Tuscany? Today Vignamaggio is a hotel, restaurant, and canteen and offers its visitors a unique experience that goes beyond fantastic panoramas, cinematographic scenarios, and stories about creator and creature.

10 must-see places in the Abruzzo

What to do in Florence in three days?

What are the 10 monuments that I must visit in Italy?