Taranto: a jewel in Apulia!

A city little sought after by tourists, Taranto is the kind of city that, at least once in a lifetime, is worth a visit. Here you will find the history, tips and useful information for you to include in your travel itinerary.

Taranto: a jewel in Apulia!

Taranto is a small jewel in Apulia and enchants for its history and beauty. With almost 196,000 inhabitants, Taranto was founded by the Spartans in the 8th century BC and was called Taras. Today we will get to know Taranto: a jewel in Apulia! Here at  Your Travel to Italy with Ana Patricia  you make the trip of your dreams !!! ALSO: see our  “Accommodation in Italy – Tips for your holidays!”. 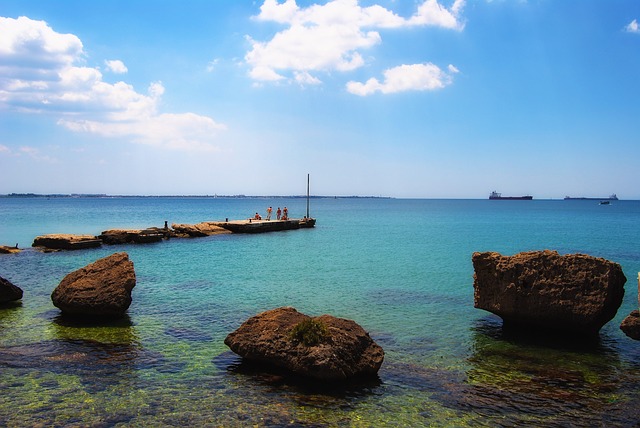 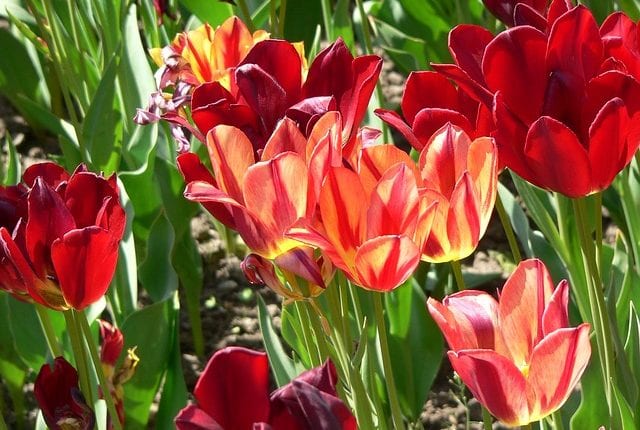 Flowers in the Taranto's Village 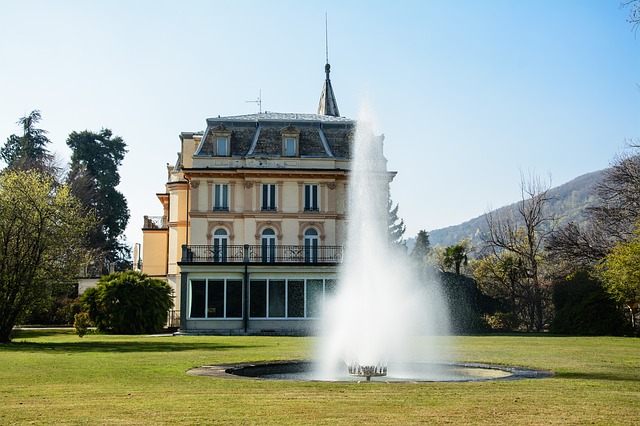 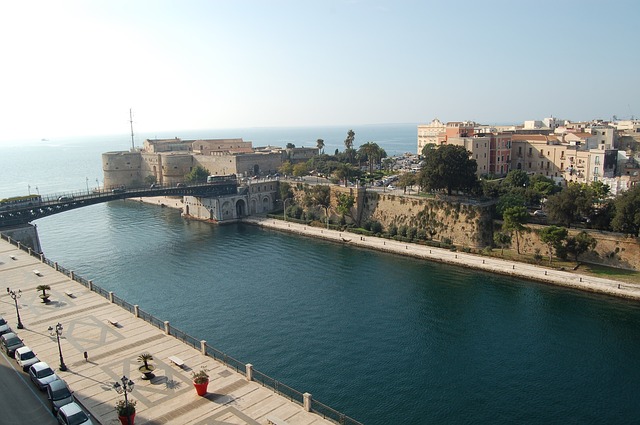 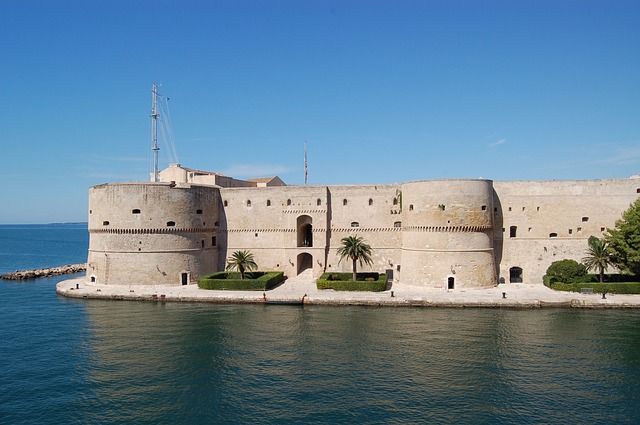 Aragonese Castle
Prev 1 of 5 Next

Taranto is a city with a soul that mixes antiquity and modernity in a unique way, full of magic. The “dividing line” of these two stories is the bridge that divides the old town, from the 19th century, from the new Taranto, which unites modern and avant-garde architecture in a very elegant and harmonious way. Taranto is also known as the “city of the two seas”, because, due to its excellent geographical position, it is bathed by the so-called Mar Grande and Mar Piccolo (“Great Sea” and “Small Sea”, respectively). With its impressive 140 kilometers of coastline, Taranto goes beyond beach and sea.

1) Taranto: a jewel in Apulia! VISIT THE ARAGONESE CASTLE

It’s impossible not to start your visit without being in the Old Town of Taranto, a real den of art and beauty that, to this day, retains important traces of its ancient and important past. Here you will find the incredible Aragonese Castle, in the charming Castello Square. Also called Castel Sant’Angelo, the Aragonese Castle of Taranto is located on the edge of the island, in the heart of the historic centre. Tip: don’t be afraid to get lost in the narrow and beautiful streets of the historic center. Here you’ll find a tangle of alleys and open spaces and come across incredible palaces, wonderful churches and charming details.

The Castle is a fortress with a rectangular design, built during the Byzantine rule, around 900 AD Its objective was, of course, to defend itself from the attacks of the Venetians and Syracuses: originally the fortress included tall, slender towers from which it was possible to fight the enemies with arrows, stones and hot oil. In the late 1400s, the then Catholic sovereign Ferdinand II of Aragon enlarged the castle and modified it to give it its current appearance: seven towers and the Rivellino were included, the tower separated from the rest of the structure. The strategy was to facilitate the exit safely if the castle was surrounded and attacked by enemies.

Useful Information to visit the Castle

2) Taranto: a jewel in Apulia! VISIT THE DUOMO OF TARANTO

A mandatory stop is at the Cathedral of St Catald, the oldest in the Apulia region. The Cathedral, of medieval origin, is the Duomo of Taranto and where the remains of St Catald are located. The Cathedral was built in the mid-10th century, on the ruins of a pre-existing religious building, probably from two centuries earlier. The building, in general, is a sum of elements belonging to different eras: the original Byzantine design has more modern elements due to an early 11th century restructuring; while in 1700, the baroque façade was made.

Unfortunately, the old Norman bell tower did not withstand the test of time and does not let us see any trace that it was there: what was left of it was destroyed in 1450 due to a strong earthquake! Inside the church there are three naves (one central and two lateral) and it offers us a unique beauty! The church is open and Masses are held from Monday to Friday at 6:30 pm and on holidays, at 10:00 am or at 6:30 pm.

3) Taranto: a jewel in Apulia! VISIT THE TEMPLE OF POSEIDON AND THE SWING BRIDGE

Taranto was also the capital of Magna Graecia, so remnants of its ancient past are still visible. An example of this incredible story is the Temple of Poseidon. This temple was built even before Syracuse, and it is impressive!

Let’s leave the old part of the city behind and head to the new part, the most modern part of a city full of history! Let’s get to the Taranto Swing Bridge. It is this bridge, with its 90 meters, that marks the “frontier” and that, in a beautiful way, unites the “past with the present”, in other words, the old city with the new one. The bridge is a magnificent structure all made of steel, and is located on a navigable channel that joins the Small and the Great Sea.

4) Taranto: a jewel in Apulia! VISIT THE ARCHAEOLOGICAL MUSEUM

If you want to learn more about the city’s history, be sure to visit the Archaeological Museum of Taranto – MARTA, located in the former Convent of the Alcantarini Friars. With well-kept items, it houses a collection that, along the corridors, tells the city’s history in a beautiful and detailed way. Furthermore, it offers a very interesting timeline that tells a bit of humankind history.

Useful Information for visiting the Museum

5) Taranto: a jewel in Apulia! VISIT THE CHURCH OF SAN FRANCESCO AND THE PROMENADE

From there, head to the famous Via Cavour. It’s on this street, at number 51, that you’ll find the beautiful, small, Church of San Francesco da Paola al Borgo: this church is somewhat “hidden” and few people pay attention to this little gem, but it’s a beauty that combines simplicity and elegance in an impressive way.

From here, you can head to the beautiful Vittorio Emanuele III Promenade. With a beautiful view, here you will find an excellent tourist destination. Walking along the coast, you can go to Ebalia Square and lengthen the walk to the Promenade Gardens.

Returning towards the train station, make a stop at Ipogeo, at Via Cava, 99. One of the most interesting points in the city is, without a doubt, this place! It consists of two large bedrooms, the first of which is located about two meters below the ground floor. On the front wall, carved out of the rock, there are impressive quarry cuts dating back to the Greek era. This first room is connected, through a series of arches, to a second hall, a little smaller, to the south. Here, after researchers’ analysis, they discovered that the structure’s walls were built between the Middle Ages and the 18th century. There’s a lot of history in this place and it’s worth a visit!

Where to eat in Taranto?

Shall we bring it to a perfect end? See my tips for you to eat in Taranto.

Are you enjoying your reading?? I hope I’m helping you with this post!

How to get to Taranto?

1) How to get to Taranto? BY AIRPLANE

3) How to get to Taranto? BY TRAIN

The station is located on Viale duca d’Aosta, at the exit of which there is the bus stop for the city of Amat Taranto and then moving to the city. For information on train timetables, visit the Trenitalia website. In Taranto and other cities in Apulia, there are also services of the southeast railways.

Trenitalia is the main Italian company dedicated to the management of railway transport? Also find out ” What is the difference between trains in Italy?”. Would you like to save? So buy your ticket online in advance and save a lot, read the Post “How to buy a train ticket in Italy?“.

From Turin ,Milan or Bologna, , it is recommended to use the Adriatic line: the A1 highway, from Milan to Bologna and then the A14 Bologna – Taranto.

Traveling by car in Italy

How about if I give you a rental car option? Are you ready for it? If you are renting a car be sure to read our posts in the section Driving in Italy on the blog Your Travel to Italy. In addition to car itinerary tips, we have everything about signage, tolls, roads and many more tips.

Don’t know where to rent the car?

We have a partner that can help you: Rent Cars! Have you ever thought about renting a car in Italy, without leaving your home? Click on the banner below to learn more! Search, compare and choose!

A little history of Taranto

Taranto is a colony of Sparta from the late 8th century BC., which quickly transformed it not only into a Greek city, but into the most powerful Greek city in southern Italy. Therefore, it lived in constant conflict with other peoples, as well as constant friction with the Roman Republic.

There is, however, a myth about the emergence of Taranto, which says that it all started in a period that preceded the advent of Christ by two millennia, when Taras, son of Poseidon, sailed with his own fleet the waters of a river that would carry his name, the River Tara. In these same waters, Taras disappeared in the area where, today, the city of Taranto is.

Legend still says that Taras founded a settlement dedicated to his wife, Satureia, and that he named the site Saturo, which still exists and is only a few kilometers from Taranto. In support of these myths, it should be remembered that the city of Taranto had among its main cults that of the god Poseidon, testifying to this day for its columns, in Doric style, in the remains of a temple dedicated to the god of the sea.

Watch this video and come with me in a Balloon Tour in Tuscany!

Taranto: a jewel in Apulia! Taranto deserves a loving visit, if possible without haste. It houses true historical treasures and unique beauties!

If you feel insecure or have no time, and need    help to organize your trip,    do not hesitate to look for me! I will love to help you make your dream trip to Italy. And how can I do that? Continue reading this post until the end and you will understand how can we make your life and journey easier.

Why get to know Cinque Terre?

Let’s get to know Tarquinia, in Lazio.