A beautiful little town with the name of Square. Today we are going to visit Piazza Armerina in Sicily. We have prepared a shortlist of the attractions of this charming city.

A city little known by tourists is undoubtedly Piazza Armerina in Sicily. The city is discreet, but it houses beautiful architectural examples and history that deserves to be known. And now our post of the day: let’s visit Piazza Armerina in Sicily? Here at  Your Travel to Italy with Ana Patricia  you make the trip of your dreams !!! ALSO: see our  “Accommodation in Italy – Tips for your holidays!”. 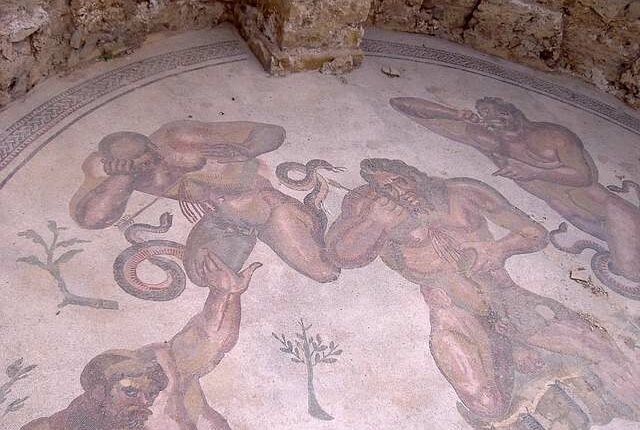 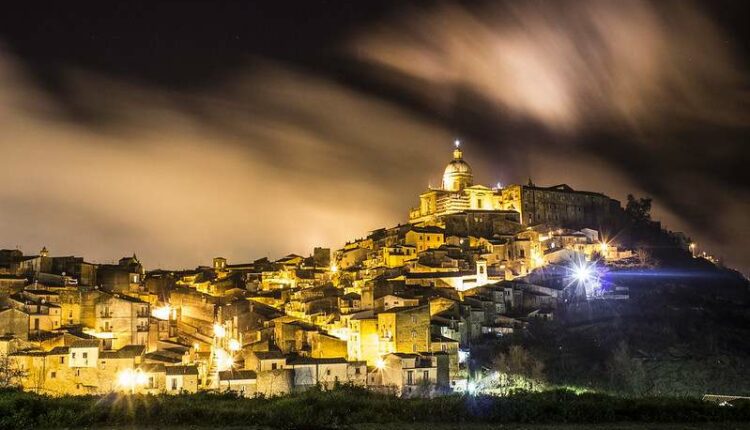 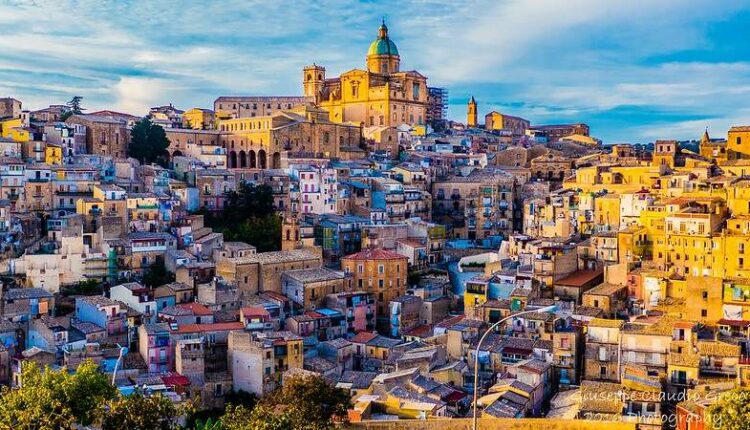 Piazza Armerina is an Italian commune in the Region of Sicily, province of Enna, the city has about 20,700 inhabitants and is located at almost 700 meters above sea level. Here we are in the mountains of southern Erei, in an area immersed in nature, surrounded by eucalyptus forests and the waters of Lago d’Olivo, artificially created to favor agriculture. It is also close to Lake Pergusa, another pearl of the province of Enna. Parco della Ronza, located just 8 km from Piazza Armerina, is a veiled invitation to forget about the chaos of big cities. How about a full-day tour from Taormina to Agrigento & Piazza Armerina, click here to find out more!

1) Let’s visit Piazza Armerina in Sicily? GET TO KNOW THE CATHEDRAL AND THE TOWER

We begin the tour of the Cathedral of Piazza Armerina. The Cathedral is a colossal building that stands at the highest point of the city and took over a century to complete, it was built between 1604 and 1719. The Cathedral is dedicated to Maria Santissima delle Vittorie and is characterized by an architecture that brings together several styles, from Gothic to Baroque.

There is also a bell tower 40 meters high in Gothic-Catalan style, which is beautiful. The sandstone exterior is yellow and allows its gigantic aqua green dome, which is also the tallest in Sicily – at 76 meters high – to stand out even more, even from a distance. Inside the church, you will see a wooden cross painted on both sides, which represents the crucifixion and resurrection of Christ. Antonello Gagini designed the baptistery and the main altar is all in silver, housing the image of Nostra Signora delle Vittorie.

From there you can head to Palazzo Trigona della Floresta. The desire to build this palace came from Matteo and Ottavio Trigona, in 1690, during the reign of King Martin I. There is no documentation on its original plan, but the architect Orazio Torriani, who also took care of the cathedral, is one of the names that, say, would have the merits in idealization. The Palazzo has three floors and hides a large inner courtyard. On the central balcony, you can see the Trigona family coat of arms. Today the Palace houses the city’s Archaeological Museum.

3) Let’s visit Piazza Armerina in Sicily? GET TO KNOW THE ARAGONESE CASTLE

Also not to be missed is the Aragonese Castle, which is located on the southern slopes of Monte Mira. Built in the 14th century, also under the reign of King Martin I, the Castle presents itself in an imposing manner, with powerful walls and four towers in the corners. If you can’t find the entrance, don’t worry: you just need to go to the opposite side, that’s where the access is. Over the centuries, the Castle, which had a defensive purpose, passed through several owners and, in 1812, became a prison. Today it is a private building, but much loved by the inhabitants of Piazza. It hosts several events, mainly in the summer.

4) Let’s visit Piazza Armerina in Sicily? GET TO KNOW THE CHURCH OF SAN ROCCO

Another must-see church is the Church of San Rocco. The church is known to the locals as Fundrò and this nickname goes back to the church’s origins: Fundrò was a village that was ten kilometers from the city. There was a church and a convent with Benedictine monks there, and after the destruction of the village at the end of the 14th century, the monks took refuge in Piazza Armerina and went to the Church of San Rocco.

Outside the church, you can admire the yellow tuff facade, and inside the 17th-century paintings and a marble image of Our Lady, which came from the old abbey of Fundrò. When visiting it, notice the façade: near the portal is a sundial. A curiosity: this church has a twin in the square, which is the city palace, on the other side of the sidewalk. At first glance, the two buildings are the same.

5) Let’s visit Piazza Armerina in Sicily? GET TO KNOW THE MUNICIPAL THEATER AND THE COMMAND OF THE KNIGHTS OF MALTA

See also the Municipal Theater. Dating back to the 18th century, this theater includes 320 seats that are divided between stalls, there are three floors of boxes and a gallery in the theater, it is one of the oldest municipal theaters in Sicily. Today it hosts cultural events, concerts and a kind of cinema. The theater ceiling was completely frescoed by Giuseppe Paladino. The facade is decorated with bas-reliefs and shows the faces of Alfieri, Bellini, Goldoni, and Verdi.

Near the Theater is the Command of the Knights of Malta. Built in the 12th century, it was originally intended as a hospital for crusaders traveling from Sicily to Jerusalem. Inside, there is not much to see: there is a church and some objects, but its significance is enormous for its inhabitants.

6) Let’s visit Piazza Armerina in Sicily? GET TO KNOW THE FONTANA DEI CANALI

Another must-see in the city is the Fontana Dei Canali, which is the most important fountain in the piazza and is also a drinking fountain. In the heart of the Canali district and built in the 19th century, the Fontana Dei Canali features four masks from which the spring water comes out. There are no records of what the masks represent, some say they represent four important men of the Italian Risorgimento: Mazzini, Camillo Benso, Count de Cavour, Vittorio Emanuele II and Giuseppe Garibaldi.

Also, visit the Villa Romana del Casale which is undoubtedly the main attraction of the city and one of the most important places in all of Sicily. With 60 rooms and 3,500 square meters of flooring entirely made with the mosaic technique, this Villa has been part of the UNESCO World Heritage list since 1997. Here are the famous mosaics of the “bikini girls”, the “great hunt” and the “erotic scene”. It was discovered in 1950 and since then excavations have brought out all its beauty. The Villa Romana del Casale probably dates back to the 4th century, but the name of the owner is unknown, it is believed that it once belonged to one of Rome’s many exotic animal traders. From here, head to one of the most important private museums in the city.

Not far from Villa Romana del Casale, the museum houses the art collection of the Cammarata family. Born from the idea of ​​Enzo Cammarata, in this museum, you will be able to see historical discoveries of all kinds: old vases, ceramics, furniture, paintings, sculptures, marbles and so many other items that you never even imagined seeing up close. It’s worth the visit!

Discover the Uffizi Gallery in Florence

What to do in Florence in three days?

What are the 10 monuments that I must visit in Italy?