Everything you need to see in one day in Capri

Capri is one of the most charming cities in Italy. In the Campania region, you can see the best of Capri in one day. We have prepared a Special Tour for you to spend an entire day enjoying the beautiful Capri!

Everything you need to see in one day in Capri

Capri is one of the most beautiful cities in Italy! Charming, it manages to combine luxury and simplicity in an impressive way and attracts tourists from all over the world. An excellent destination during the summer, Capri presents us with an infinity of natural beauty, cinematic landscapes and charms that we can only find there. Let’s go to our Post of the day? Everything you need to see in one day in Capri. Here at Your Travel to Italy with Ana Patricia you make the trip of your dreams!!! ALSO: see our “Accommodation in Italy – Tips for your holidays!” 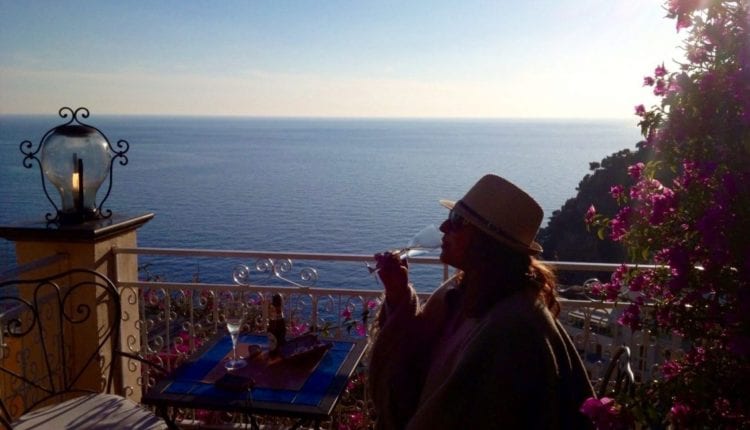 Photo of our reader Denise Carla in Capri 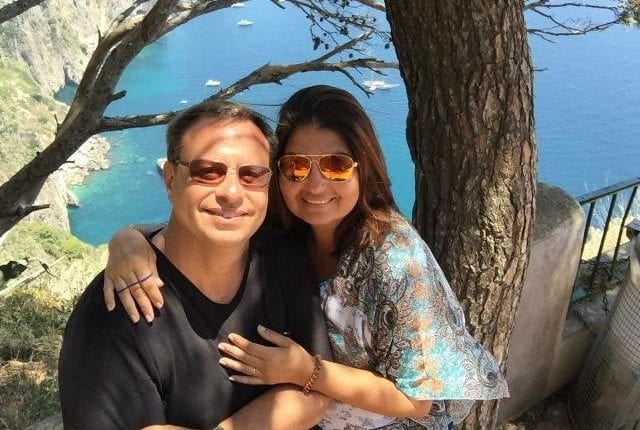 Photo of our reader Zelia and her husband in Capri, celebrating their 25th anniversary! 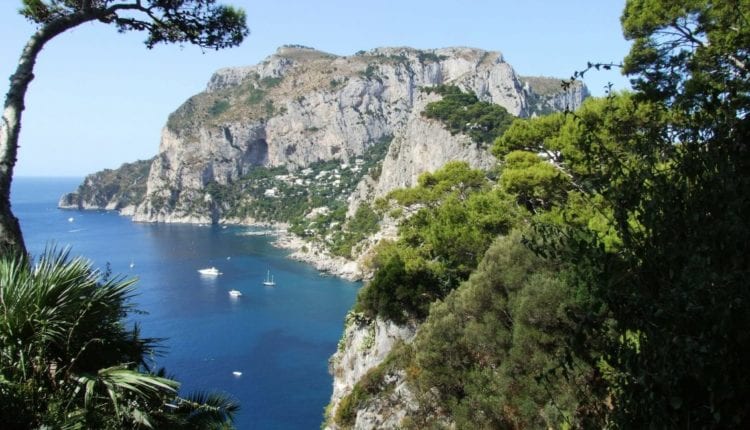 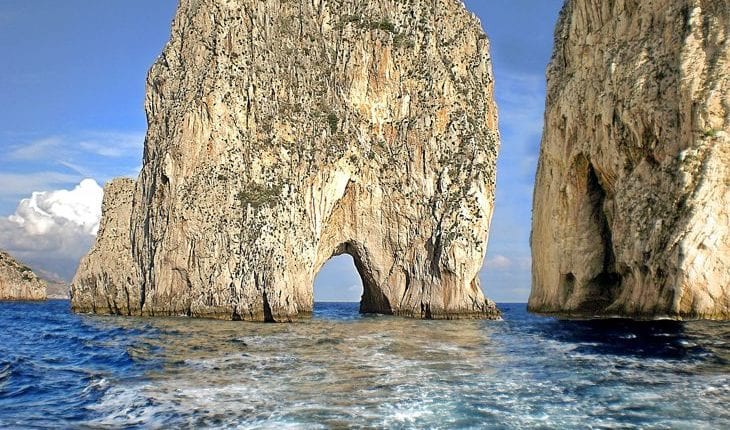 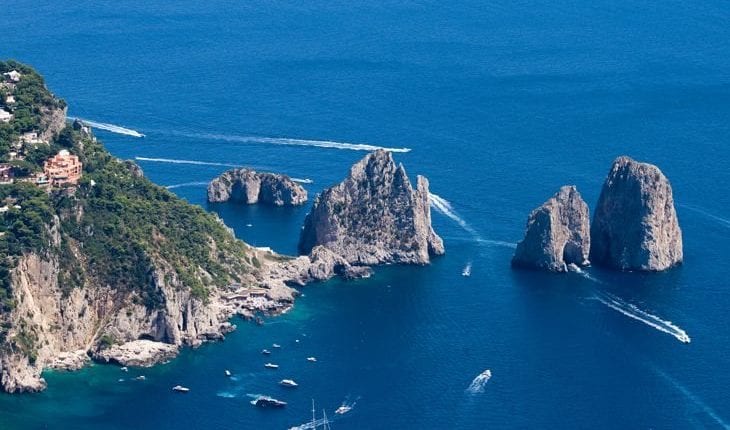 Some people are in doubt about what to see on Capri in one day! Although small, Capri is full of beautiful details and enchants its visitors. Today we will tell you everything you need to see in one day in Capri in a practical way and without missing anything. Visit our section on Climate in Italy and learn the best time to travel to Italy! How about a boat trip in Capri? Click here to learn more!

1) What do you need to see in one day in Capri? VISIT THE PORT OF MARINA GRANDE

Now, after all, let’s get to everything you need to see in one day in Capri! Start at the Port of Marina Grande. There you can see several colorful houses that give Capri an air of joy. The contrast with the blue of the sea and the anchored boats provide us with an incredible landscape! How to get to Capri? Click here to buy Ferry Boat tickets

2) What do you need to see in one day in Capri? VISIT PIAZETTA UMBERTO I

From the Port of Marina Grande, take the funivia that will take you to Piazetta (Umberto I Square). Ticket price, 2 euros. In Capri, Piazzeta is the island’s nervous system that moves the city and it is there that different types of establishments are concentrated. There, we can even see renovated buildings and the Capri City Hall complex, which dates from the 18th century. From there, take Corso Vittorio to reach Via Camerelle and the wonderful Augustus Gardens.

On Via Camerelle, there are luxury stores that mix with the also beautiful craft stores. It is there that you find Capri’s famous handcrafted sandals. Made by hand and on demand, they will astonish you! Yet on Via Camerelle, you will find the delicious aromas of Capri: the essences created with flowers and, certainly, with the island’s citruses. Via Camerelle takes us to the Targara belvedere.

3) What do you need to see in one day in Capri? VISIT THE FARAGLIONI AND THE AUGUSTUS GARDENS

4) What do you need to see in one day in Capri? VISIT THE VIA KRUPP

Being there in the Augustus Gardens, take the opportunity to visit Via Krupp, a winding road of exaggerated beauty! Furthermore, the road connects Piazzetta di Capri and Marina Piccola. A word of advice: stop by early in the morning, or in the late afternoon! During the day, there are LOTS of people and it is very hot!

5) What do you need to see in one day in Capri? VISIT CERTOSA DI SAN GIACOMO

When you are on your way back from the Augustus Gardens, go ahead and visit the Certosa di San Giacomo. This monastery is the oldest building in Capri and was built in 1371 by order of Count Giacomo Arcucci. It has three rooms: one of them is ‘outside’ the convent’s life and was dedicated to a pharmacy and a church for women; the second was dedicated to external guests and the last served for the religious life, with cells around the Great Cloister and small spaces around the Small Cloister. Finally, return to Marina Grande for your return trip with the certainty that Capri will always remain in your heart!

A little bit of the history of Capri

The history of Capri is directly linked to that of the Mediterranean Sea, the populations that crossed it and that stretch of sea between Capo Miseno and Punta Campanella, which was the scene of major cultural events. The origin of the name Capri is also disputed among the great cultures of the past that passed through there: some say that it derives from the ancient Greek Kapros (wild boar) and others insist that the name came from the Latin Capraeae (kid). Also read, Get to know Capri’s best beaches!

The First Inhabitants of the Island of Capri

The first inhabitants of the island of Capri were the Teleboi, who came to the island from the coast of ancient Acarnania and the Greek islands of the Ionian Sea. They arrived in Capri in the 8th century BC. Numerous archaeological excavations, however, testify to the presence of primitive life in Capri: during the extension work of the Grand Hotel Quisisana, in 1906, extraordinary dinosaur bones and chipped stone objects were found; Emperor Augustus himself found remains of primitive activity during the construction of his houses in Capri. Also read, Romantic Restaurants in Capri?

The first fan of Capri was the Roman emperor Augustus himself, who in 29 B.C. dissolved it from the dependence of Naples and started his private government. His successor was Emperor Tiberius, who chose Capri as his retreat from Rome and built twelve Villas on the Island including Villa Jovis, in Capri, and Villa Damecuta, in Anacapri. In the medieval period, Capri was the victim of ferocious and terrifying attacks by the Saracens. Let’s learn How to get to Capri from Rome?

The Urban Formation of Capri

The first urban formation in Capri met near the church of San Costanzo that left Marina Grande and went to the Church of the Madonna delle Grazie, where today is Via Le Botteghe; the objective was simple: to escape the attacks of the looters. In 1371, Count Giacomo Arcucci, secretary to Queen Giovanna I of Anjou, founded one of Capri’s most historic sites: the Certosa di San Giacomo. Although this building was attacked several times by pirates and almost destroyed by fire in the 14th century (in 1553), it is still possible to see it in its entire splendor.

The conflict between France and England

The conflict between France and England in the early 19th century also affected Capri in 1806. French troops were defeated by the English, who dominated the region until 1808; only then did the French soldiers, led by Joachim Murat, retook the island with a historic and very well planned attack. The legacy of all this is on the Fortini Way: a fort built to protect Capri.

The French rise lasted until the collapse of the Napoleonic empire and ended, definitively, with the return of the Bourbons in 1815 led by Fernando IV of Naples. In the 20th century, after the conflict between Russia and Japan in 1905, Capri became the favorite refuge for Russian exiles, including Massimo Gorki and Vladimir Lenin, who transformed Capri into a small political-literary oasis. It was at that moment that Capri’s economy started to progress and, finally, became an important tourist center in Campania.

Everything you need to see in one day in Capri. Capri is the type of city not to be missed! It exudes charm, beauty and makes us want to stay there forever. Capri looks like a painting, a fairytale city and, for sure, will make you fall in love with it. And if you feel insecure or have no time, and need help to organize your trip, do not hesitate to look for me! I will love to help you make your dream trip to Italy. And how can I do that? Continue reading this post until the end and you will understand how can we make your life and journey easier.

Continue Reading
Everything you need to see in one day in CapriOne-day tour in CapriUnmissable attractions in CapriWhat to see in Capri in one day?
0
Share

What to do during a connection in Rome?

What to see in Bellagio?