Today I bring you a very special post: everything you need to know about the Midnight Mass, PLUS I'll tell you how to participate in this amazing Catholic celebration.

The Midnight Mass is a traditional celebration of Catholicism. It is carried out by the Pope, in the Vatican, but it also happens – in other countries around the world. Held on Christmas Eve, the Midnight Mass is one of the most popular celebrations among the Catholics and today, I tell you everything you need to know about the Midnight Mass. Here at  Your Travel to Italy with Ana Patricia  you make the trip of your dreams !!! ALSO: see our  “Accommodation in Italy – Tips for your holidays!”.

What is the origin of the Midnight Mass? Well, the Midnight Mass, or Holy Christmas Mass, is the name of a ceremony performed by the Catholic Church on Christmas Eve. This Mass begins at midnight, from the turn of the 24th to the 25th of December, and is one of the oldest traditions of Catholicism. It is a mass held as part of the celebrations for Christmas, the feast that commemorates the birth of Jesus.

What is its origin?

Its origins are very old and there are numerous hypotheses for its name and origin. The most widespread, and accepted by the Catholic community, is that a rooster crowed at midnight on the day of Jesus’ birth, announcing the arrival of the Messiah, and it was the only time that a rooster would have crowed at such a time “out of time”.

We do have another hypothesis that tells that a rooster would have simply crowed when Peter denied knowing Jesus; there are also those who say that the name Midnight Mass (Messa del Gallo) is because the mass is long and, therefore, it ends only with the roosters already crowing in the next morning.

Whatever the origin of the name, the Midnight Mass is one of the most traditional in the world and, for practitioners, it is extremely important, both for its religious value and for its tradition.

In Spain and Portugal, the oldest used to take roosters to Holy Mass and, if the rooster crowed at midnight, this meant that the year would be full of abundance.

Who created the Midnight Mass?

There are also controversies about its creation: there are those who say that the Midnight Mass was created by Sixtus III, the pope who would have authorized the first mass at midnight, in the middle of the 5th century; and there are those who say that who created the mass was Saint Telesphorus, in 143, however, it is good to mention that it seems difficult to believe that Saint Telesphorus was the creator of the tradition, this because in the second century, the birth of Jesus was not yet celebrated , because at that time they still did not believe that he was actually born on the 25th of December; speaking about it…

After all: Was Jesus really born on December 25th?

Well, here we go: December 25th is a special date in Western religious culture, as it is Christmas, one of the most important celebration in the Catholic Church and, as everyone knows, this festival celebrates the birth of Jesus Christ, an event that took place in 1 AD, in Bethlehem, a city located in present-day Palestine.

But of course, like many religious matters, the exact date of Jesus’ birth still causes controversy and doubts.

The Bible narrates some facts related to the birth of Jesus, but its details are limited, but there are no mentions regarding December 25th as the “official date” of our Savior’s birth. Furthermore, there is nowhere the information that confirms that Jesus was born on that date, since there is no concrete historical proof.

So why December 25th?

In some texts by Clement of Alexandria, he gives some dates when Jesus could have been born: “There are those who (…) the year of the birth of our Lord (…) which happened in the 28th year of the reign of Augustus and in the the 25th of Pachon (May 20th).” In another passage, we read the following: “And concerning His Passion (…) some say that it took place in the 16th year of the reign of Tiberius, on the 25th of Paremhat (21 March); others on Pharmuthi 25 (April 21). (…) Later, others said that He was born on the 24th or 25th of Pharmuthi (April 20th or 21st)”.

December 25th came from the Catholic Church, do you know why?

In order to react to a pagan festival that was held at the same time. I explain: on December 25th, paganism pays homage to the Sun, in a celebration called Mithra, name of the Sun god of Persian origin, in addition, the date is close to the winter solstice, which occurs around the 21st. December, and the pagans celebrated Saturnalia, a celebration of Saturn.

Thus, the church decided to celebrate the birth of Jesus, almost two centuries later – as Christmas appeared between the 3rd centuries AD. and IV A.D. — on the same day of this pagans celebration, in an attempt to “combat” the feast of the heathen. 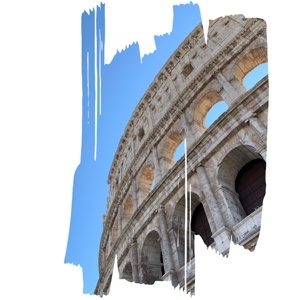 PLACES TO STAY IN ROME

The best information and tips for your stay in Rome!

We need to mention that…

However, some historians claim that the officialization of December 25th as Christmas was defined by Pope Julius I, in 350. In fact, it was the first “December 25th” that appeared in the records such as the “official” day of Jesus’ birth, and it was found in the Chronograph of 354, a calendar produced by a Roman calligrapher named Furio Dionysius Philocallus.

How can I participate in the Midnight Mass?

Without further ado, let’s get to the point: how can I participate in the Midnight Mass. First of all, remember that tickets are FREE! Don’t fall for people charging for admission so you can attend Masses at the Basilica San Pietro, because ALL Masses are free, ok?!

However, it is necessary to reserve the free tickets. How? First of all, go to the official website of the Vatican City Hall. There you will find this module – IN THIS LINK. (it takes a while to load, it’s normal).

IMPORTANT: REQUESTS FOR CHRISTMAS MASS BEGIN TO BE ACCEPTED FROM OCTOBER AND WILL NOT BE CONSIDERED AFTER THE LAST DAY OF NOVEMBER!

Fill in, on the computer, all the information as below. Then, just print it, as the Vatican receives the request only via Post Office or FAX:

PAY ATTENTION: TICKETS WILL NOT BE DELIVERED TO YOUR ADDRESS!

PLUS: THIS PROCEDURE IS VALID FOR ALL MASSES!

How do I get my answer from the Vatican?

Normally via fax, Post Office or e-mail! As soon as you receive confirmation from the Vatican City Council, you can collect the tickets in person at the special counter installed at the Bronze Door at Piazza San Pietro between 3 and 7 pm, or on the morning of the mass from 7:30 am.

Where does the Mass take place?

GOLDEN TIP
The Mass starts at midnight, but it is suggested to arrive up to three hours in advance, as the places are not marked. Remember that there is also a security check at the entrance to the Basilica, meaning lines are almost inevitable, so don’t take big bags or backpacks.

The 2022 Midnight Mass will not be held by the Pope and, so far, the Vatican has not informed whether or not there will be a celebration. As is known, the Pope’s health is not very stable and, therefore, there is no official information about the confirmation or cancellation of the celebration or by whom it will be carried out – if it occurs. To check the Pope’s Schedule, you can click HERE!

Watch this video and learn:

Everything you need to know about the Midnight Mass. Participating in one of the most popular, famous and awaited celebrations of the year is an experience that, if possible, is worth living, as it is really something very special.

Your Travel To Italy

How to buy a prepaid SIM card in Italy?

What to know in Pitigliano?