Discover Segesta and its impeccable temple in Sicily

One of the best preserved temples in the world is in this charming old town called Segesta, in Sicily. We prepared a very special post with tips and information about this amazing place!

Discover Segesta and its impeccable temple in Sicily

Segesta is a Sicilian city that is home to one of the best preserved temples in the world , the Temple of Segesta! At 400 meters above sea level, in addition to the buildings’ own beauties, the place has a breathtaking view! Let’s get to our post of the day! Discover Segesta and its impeccable temple in Sicily. Here at    Your Travel to Italy with Ana Patricia    you make the trip of your dreams !!! ALSO: see our    “Accommodation in Italy – Tips for your holidays!”

The former capital of the Elimians (a people of peninsular culture and tradition who, according to tradition, came from Troia). The city is located in the northwest of the largest island in Italy, Sicily . It was known to the Greeks as Egesta and is impressive for its amazing state of conservation. Read also What are the 10 must-see cities in Sicily?

A bit of history

The city was completely destroyed in 307 BC during fighting for dominion over the territory, but it was rebuilt. In 276 BC, it allied with Pirro of Epirus, but ended up surrendering to the Romans in 260 BC, who granted Segesta the status of a free city. There is little information about the city, including Roman domination, however, it is known that after an invasion by the vandals, the city was destroyed again and today it is a beautiful archaeological site with several monuments. The park is divided, basically, into two parts: Mount Barbaro and the Temple.

Let’s start by talking about Mount Barbaro, where you can arrive by bus or on foot (a very arduous walk, by the way: 2 km uphill!); it also houses the old amphitheater, the Castle and the remains of a Church, which are more recent constructions. A lso read Car itinerary in Sicily! and Itinerary with public transport in southern Italy!

1) Discover Segesta and its impeccable temple in Sicily: VISIT THE AMPHITEATER

The amphitheater, the highest point in the park, according to history, was carved in the stones of the mountain, which gives the structure a mesmerizing beauty, and accommodated 4,000 people. Its construction marked well the Greek and Roman influences in the place and ended up also serving as a retaining wall. Even today, there are some special performances in the theater, especially in the hottest months of the year. See the vídeo by EyeDrone:

2) Discover Segesta and its impeccable temple in Sicily: VISIT THE CASTLE

The Castle was discovered by chance during excavations in 1989 . It is said that the place was where an important 13th century nobleman lived and that he insisted on living on top of the hill. Archaeologists concluded that the house was set around a courtyard with a brick floor. From the castle itself, only the ground floor remained, but it turns out that the building had at least one more floor with other rooms. Scholars also said it was a ‘short’ castle, which was no more than 10 meters high.

3) Discover Segesta and its impeccable temple in Sicily: VISIT THE TEMPLE

We now arrive at the most interesting point of the tour: the temple of Segesta! The Doric temple has six columns in the front and fourteen on the sides, with a triangle-shaped pediment. The building, although unfinished because of the war with Selinunte, is of impressive beauty! Others say it is finished and put forward the theory that the area is sacred and that the site was used for worshiping the gods. 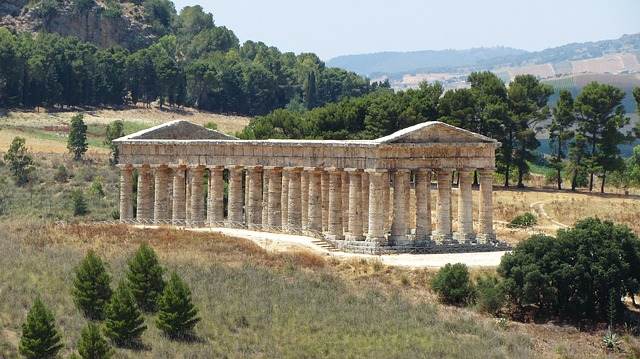 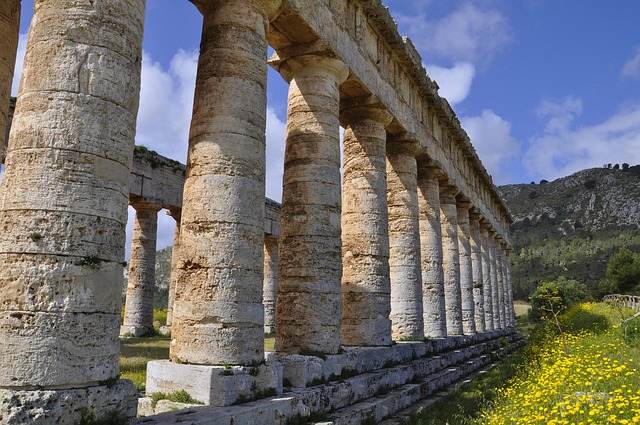 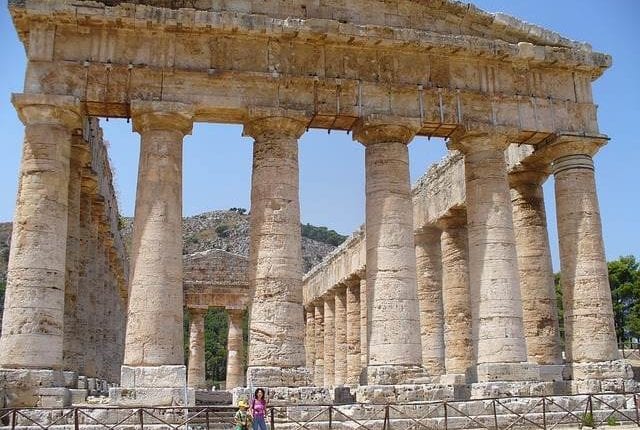 How to get there?

The ideal is to go from Erice, which is 42 km away from there. It is also possible to reach Segesta from Palermo and on a bus from Trapani.

Watch this video and learn: How Do Tolls Work In Italy?

Discover Segesta and its impeccable temple in Sicily. The song of the birds, who take advantage of the quiet place to make their nests, and the landscape that mixes history and nature, is ideal for those who enjoy outdoor walks with culture and fresh air!

And if you feel insecure or have no time, and need help to organize your trip,  do not hesitate to look for me! I will love to help you make your dream trip to Italy. And how can I do that? Continue reading this post until the end and you will understand how can we make your life and journey easier.

How to fuel the car in Italy?

Neighborhoods in Florence: where to stay?

Itinerary with public transport in Tuscany

What to do in one day in Cortona?