Cisternino is a delicious surprise for those who want to explore a charming city, full of beauty and culture. Today I will take you to Puglia and there we will discover Cisternino.

A panorama dominated by white houses immersed in a nest of olive trees: this is how we can define the beautiful Cisternino. Today we are going to discover a very special city that catches our attention not only for its simplicity, but for all its natural elegance. Today we go to Cisternino, in Puglia.

Watch a little tour in Cisternino

Cisternino, in the province of Brindisi, in Puglia, does not present us with monumental churches, great attractions, or an extraordinary sight, because the city, in itself, is enough!

Cisternino is one of the most fascinating villages in all of Italy and when we allow ourselves to get lost in its charming streets, we understand the charm of this place. Discovering Cisternino can be compared to traveling back in time. The city has evidence of existence since the Paleolithic period and some of the clearest are on Mount Specchia, which is divided into the Sierra Amara and the mountain ranges of Restano. There is a legend that the origin of its name refers to Sturnoi, friend of Diomedes, who was founder of Ostuni, which would have happened after the long Trojan war.

A little of history…

Founded by the Messiapians, ancient inhabitants of Puglia, the city was colonized by the Romans, who named it Sturnium. At the beginning of the Middle Ages, it was destroyed by the Goths and, after its reconstruction, it received the name of Cis-sturnium, which means ‘this side of Sturnium’. The current toponym was attested in the 12th century as Cisterninum.

The word derives from the Latin CISTERNA, which is a well collecting water. The city was developed around an abbey of monks and later came under the jurisdiction of the bishops of Monopoli. In the 14th century, the city passed to the Anjou and was attacked by the Turks. At the beginning of the 16th century, Cisternino was conquered by the Venetians and became part of the possessions of the Marquis del Vasto. It was annexed to the Kingdom of Italy at the end of the Bourbon government and given to the province of Brindisi in 1927.

1) Cisternino: a jewel in the province of Brindisi, in Puglia! KNOW THE GARIBALDI SQUARE ATTRACTIONS

Let’s start our tour through the heart of Cisterino, in Garibaldi Square. Here you can see Vila Municipal, on one side, and the Grande Torre (“Great Tower”), with Porta Grande and Mother Church, on the other.

The Torre di Porta Grande dates from medieval times and was built in the Norman style; in addition to being seventeen meters high, the statue of St Nicholas, which stands at the top of the building, also draws our attention. The Tower, in square plan, would have been commissioned by Norman workers and by Frederick II: it was an observatory overlooking the entire valley of Itria.

The Tower has not changed much since then and is very well preserved, although the splendid panorama today is not admired from the tower, but from the viewpoint behind the Villa Comunale. Between the tower and the Mother Church there was a building and, inside it, the Porta Grande was ‘cut’, which is the most important access to the historic center of the city. The said building no longer exists, but the door is still there.

Before continuing your tour of the city, be sure to make a stop at the Mother Church. The church is simple and was built over an early Christian church, but with a beauty that catches our attention. It is dedicated to Saint Nicholas and was built in the Romanesque period. Its facade has undergone some restructuring over the centuries and, there, you can see a 16th century baptismal font and a Renaissance masterpiece preserved along the right aisle: the beautiful image of Our Lady with Jesus, carved in stone in 1517 by Stefano di Putignano, created in the Renaissance period; the Tabernacle, by the same artist, also draws attention.

As we said, the great charm of Cisternino is the city itself, the big picture. Walking through the streets between the houses of the Isule (Isola) and the other old quarters such as Bère Vècchie, Scheledd, u Pantene, which extend beyond the Mother Church and the Great Tower, is the great attraction of this very special city.

Map 01 with the attractions in Cisternino 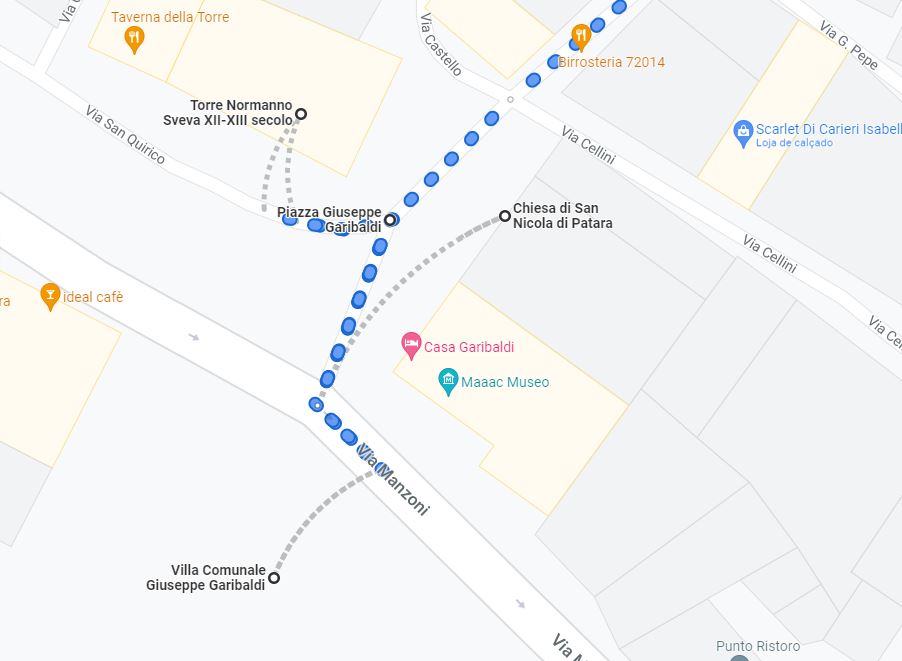 2) Cisternino: a jewel in the province of Brindisi, in Puglia! VISIT THE PIAZZA VITTORIO EMAUELE ATTRACTIONS

At some point you will find yourself in Piazza Vittorio Emanuele, where you can see the Clock Tower. As you walk, you will also see the elegant Via Santa Maria di Costantinopoli, where you can admire elements of popular devotion; the Madonna del falegname (a painting done in wood), and a vestige of a fresco of the Virgin. Of the various Palaces, some call our attention: The Cisternino Palace of Civil History, the Governor’s Palace, the Cenci Palace, the Lagravinese Palace, and the Pepe Palace. They merge between the streets and form a maze of alleys that offer spectacular views, especially during sunset.

Map 02 with the attractions in Cisternino 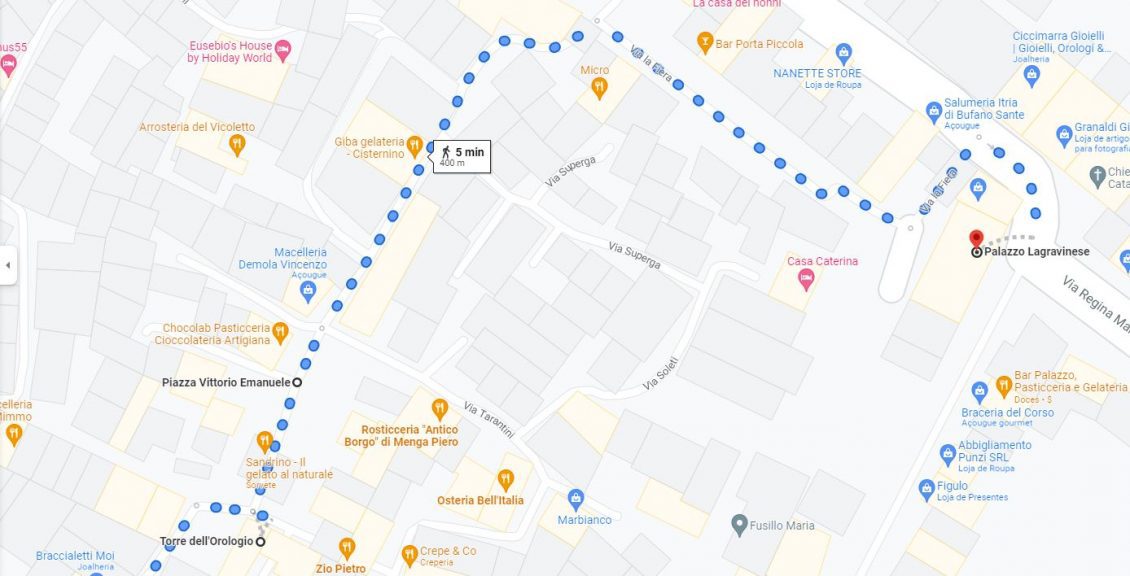 3) Cisternino: a jewel in the province of Brindisi, in Puglia! THE FESTIVALS

Cisternino is a unique city that lovingly shelters various rites, customs and folklore that form a quilt of traditions that go back to the mists of time. Many typical festivals take place throughout the year in and around Cisternino, including the grape festival, the rabbit festival and the orecchiette pasta festival. The city is full of people, lively and is a delight! Cisternino also hosts the Singing Stones Festival and the Valle d’Itria Music Band Festival, which attract thousands of tourists every year.

Watch this video and come with me in a baloon tour by Tuscany!

Cisternino: a jewel in the province of Brindisi, in Puglia! Cisternino is a city that deserves attention. Its atmosphere transports us back in time and makes us forget that ‘there is life out there’. Enjoy as much time as possible in this unique, special and beautiful city!