In the province of Catania, in Sicily, we find an Italian gem: Caltagirone. Cultural, historical and breathtakingly beautiful, today I’ll take you to Caltagirone!

Sicily, in southern Italy, is a region rich in history and, there, we find Caltagirone: a Sicilian gem. With a splendid cultural heritage, the region is home to cities that are true gems. One of them is Caltagirone, in the province of Catania, which presents itself in an unpretentious way, but knows, exactly, how to get our heart! Let’s visit Caltagirone! Here at  Your Travel to Italy with Ana Patricia  you make the trip of your dreams !!! ALSO: see our  “Accommodation in Italy – Tips for your holidays!”.

A little tour in Caltagirone!

Caltagirone, in the province of Catania, Sicily, is a splendid city. In 2002 it became a UNESCO World Heritage Site and, since then, it has gained prominence not only for its history, but also for its beauty that enchants all of us at first sight.

Caltagirone rises in the midst of the Erei Mountains, which run from the southeast to the center of Sicily region. The city’s origins are ancient, and it all began around the year 330; in 859 it became the domain of the Byzantine Empire and, in 1030, it passed into the hands of the Saracens, who received priceless help from the Genoese.

It would be impossible to list all the must-see attractions in the city in a single post, but we put together the most interesting places to see, so you can have an overview of the magnificent Caltagirone. Do you want a detailed itinerary? Let me know! I am a travel consultant and I would love to help you prepare your perfect trip to Sicily!

Caltagirone is famous for its iconic staircase. We are talking about the Santa Maria del Monte Steps. With 142 steps, this staircase was built in 1600 to connect the upper and oldest part of the city with the lower and modern part. In the 50s, each step was decorated in a different way.

The steps are decorated with majolica calatina, a kind of typical ceramic made in this region and the pieces are very similar to tiles. The final image of the steps – especially seen from afar – is majestic! As you go upstairs, note that every 14 steps, the style of the drawings changes.

The reason behind this was to to present the different styles of the peoples who passed through that territory in a chronological way, so you will see drawings with Arab, Norman, Swabian, Angevin-Aragonese, Spanish, Renaissance, and Baroque influences.

Despite the change in designs, the colors of the stairs always remain the same: light blue, green, turquoise, yellow and sandstone orange. We need to mention: all the drawings, that’s right, ALL of them were done by hand. At the top of the stairs you will find the old mother church of the city, the church of Madonna Maria SS di Conadomini.

Caltagirone is also very famous for its ceramics and, of course, one of the must-see spots in the city is the incredible Regional Ceramics Museum. The place is phenomenal and worth a visit. At the entrance we can get a sense of all its beauty!

The museum, of course, tells the history of local ceramics in a chronological way; also presents several pieces and explanations ranging from the Ancient Age, through the Middle Ages, the Renaissance and the Baroque period, which was when art of working ceramics gained strength and new styles. It was also when artisans reached the maximum level of making pieces with great quality and an almost indescribable beauty.

Fun Fact: why is Caltagirone famous for its ceramics?

Although many think that the art of ceramics began with the Arabs and not the Greeks, the truth is that in the Neolithic period, around 9000 years ago, the presence of clay quarries and dense forests already provided the necessary fuel for the art of drying clay.

The Greeks perfected the technique and began to expand their creations, producing materials for uses in all necessary sectors such as agricultural and commercial. The Arabs, when arrived here, already found a very efficient production line and named it Qal ‘at al Gharùn, which we can translate as the “Rock of Jars”, referring, of course, to the pieces that the Greeks already produced.

The Arab contribution to the art of pottery was aesthetics. They began to use colors and new designs to decorate the pieces, which made ceramics gain new heights and become true works of art.

Where to buy ceramics in Caltagirone?

An excellent place to take a ceramic home is the Permanent Market Exhibition (Corso Vittorio Emanuele, numbers 5/7/9), in Piazza Umberto I, the same as the Cathedral. Here you will find this amazing store that brings together pieces from various artisans in the city. But don’t worry: there are ceramic shops all over the city, which makes finding the piece of your dreams a lot easier! Some artisans ship their pieces all over the world, just ask about prices and delivery times, which may vary.

It is impossible to talk about Caltagirone and not mention its charming historic center. There you will find true gems and, among them, we can mention one of the most precious: the Cathedral of San Giuliano. This is a beautiful example of late Baroque architecture from Sicily and is a very old church. It was destroyed several times by many earthquakes, the most destructive happened in 1693. However, each time the Cathedral was rebuilt some of its aspects were changed, but all of them made the church even more beautiful.

In Caltagirone many of them are, of course, made of ceramics and terracotta. The city has several nativity scenes, especially inside the churches, but the museum deserves to be highlighted. The museum is located in a charming Art Nouveau-style building and houses traditional nativity scenes from around the world, both ancient and modern. It’s hard to choose the most beautiful one, I confess!

Another attraction worth visiting is the Monumental Cemetery. I know it might sound weird when I suggest a visit to a cemetery; some people may be surprised and find the idea absurd, but the monumental cemeteries are splendid, as they house true gems of art. The monumental cemetery of Caltagirone is one of the most beautiful in all of Italy.

A little about the cemetery

This cemetery was built in the mid-1800s and the person responsible for its construction was the Sicilian architect Nicastro. Its inspiration came from Tuscan neo-Gothic styles and Venetian Palladian Villas; the result is an imposing central plan and galleries of pointed arches. The tombstones are made with elegant curvilinear shapes and, over the centuries, dozens of chapels were built by noble families, what have included in the cemetery different styles in one place. Between the end of the 19th century and the beginning of the 20th century, in front of its main structure, several chapels were built in the Art Nouveau style. It is evident that, being the city of ceramics, many of these constructions were made entirely of terracotta, all of them with refined decorations, which mark the style of the city. The place is a true open-air museum!

Our tour in Caltagirone: a map to guide you 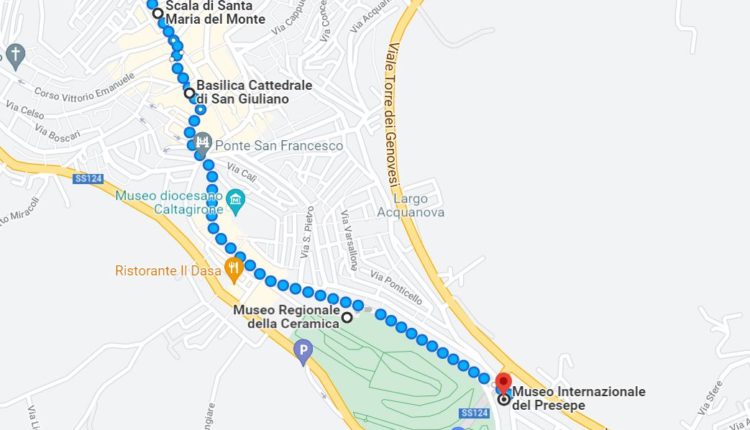 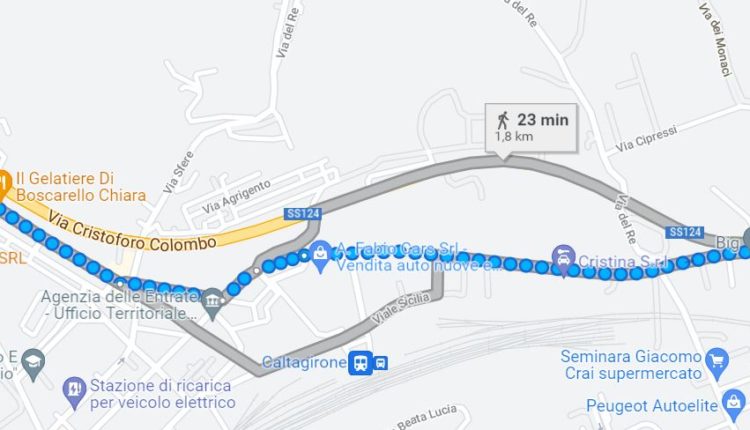 Watch this video and discover what to do in 10 days in Italy!

Caltagirone: a Sicilian gem. Caltagirone is a very special city and deserves dedication! It is possible to visit the main touristic points of Caltagirone in just one day, but if possible, dedicate two or three days to visit all the beauties that this city has to offer!

What is the climate in Italy?