What to do in 1,2, 3 days?ItinerariesTuscany

In the heart of the Maremma Tuscany, Sovana is a fairy tale book town! Today we will visit the charming Sovana.

The Tuscany region is full of amazing little towns and so many of them are from the Medieval era. Today I bring you a small town that deserves special attention: Sovana! With its 500 inhabitants, the city is a charm and will surprise you! Today we will visit a charming medieval town in Tuscany called Sovana. Here at  Your Travel to Italy with Ana Patricia  you make the trip of your dreams !!! ALSO: see our  “Accommodation in Italy – Tips for your holidays!”.

Watch this video and dream about Sovana

Sovana is the type of city little known by the great tourist mass, which has made it preserve itself in an almost impeccable way. Its “fairy tale book city” appearance is surprising and, although it is very discreet, it will make you fall in love, as it presents itself in a simple but unique way!

Originally Sovana was a settlement of farmers and herders based on the banks of the ancient river Armine – currently the Fiora. Sovana became a very prosperous city full of riches; Etruscan, its history would have started in the 7th century BC with the name of Suana.

Suana was an ally of the Vulci in the struggles against Roman territorial expansionism and, in the third century BC, with the Roman superconquest of Etruria by the consul Gaius Tiberius, Sovana became a “Municipium” under the rule of Statonia. 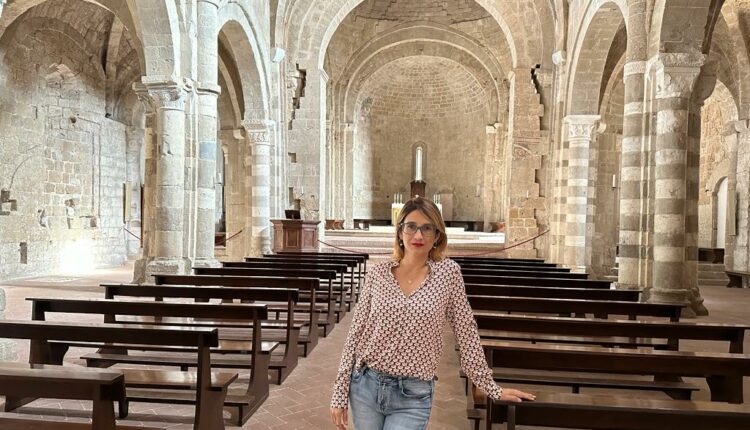 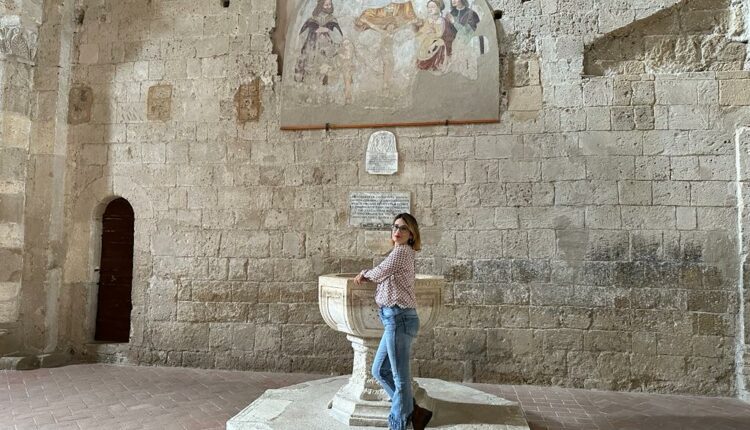 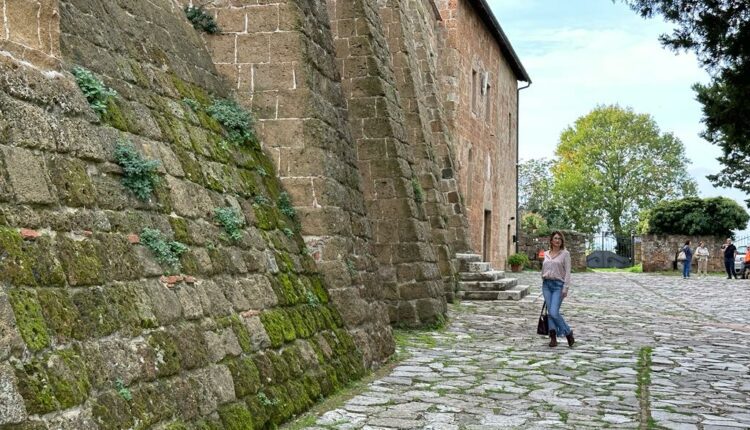 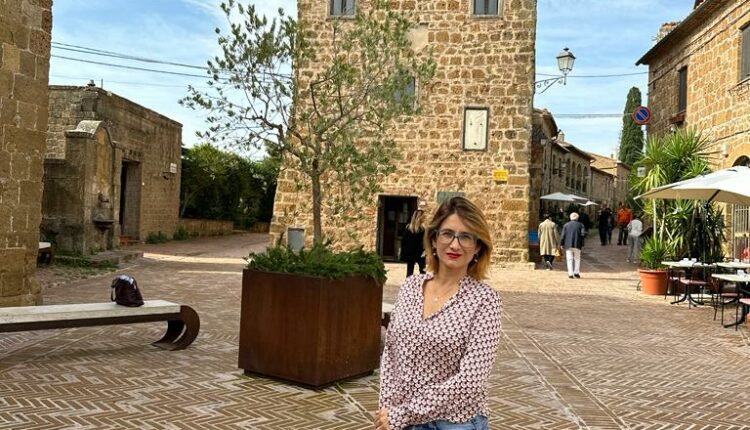 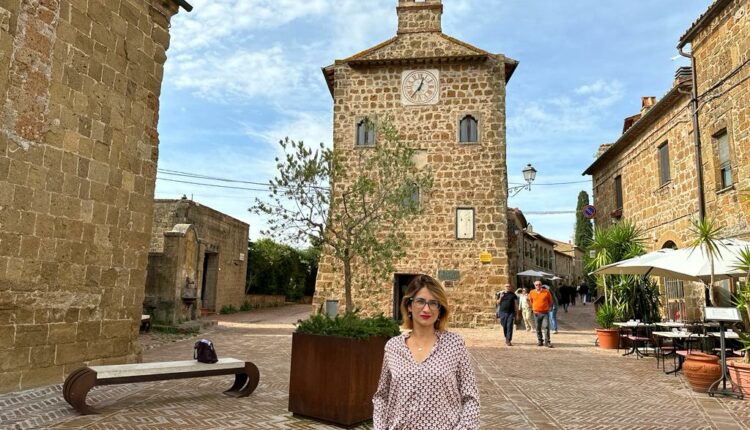 The Romans in Sovana

Politically Sovana was Romanized, but its inhabitants preserved their own culture, art, language and traditions, all this until the first century BC. Proof of this are the numerous Etruscan necropolises found in this area.

As early as 4 BC, Christianity was rooted in thanks to the work of evangelization carried out by S. Mamiliano; although religion was already beginning to change and divide the Etruscans, the Etruscan laws remained firm and strong. Also read: The Best Cellars in Tuscany.

From the 9th century onwards, the city was the birthplace of the Aldobrandeschi family and the homeland of Pope Gregory VII. Sovana’s heyday was during the 13th century under the command of Counts Umberto and Guglielmo, who joined Ildebrandino Il Rosso, hero in the battles of Montaperti, Benevento and Tagliacozzo.
At that time, the main buildings of the city’s history were erected in the main square, including the Praetorian Palace.

In the year 1243, Sovana had to surrender to the siege of Frederick II’s troops commanded by Pandolfo di Pasarella. Guglielmo Aldobrandeschi was forced to accept imperial garrisons in the city and thus began the decline of Sovana. With the death of Countess Margherita, the Aldobrandesca dynasty ended and, for a century, it was the Counts Orsini who dominated the territory. That was until 1411, when the city was conquered and sacked by Siena.

In 1555 it passed under the Medici rule, but the city’s fall was increasingly accelerated, which caused several invasions, destruction and epidemics caused its depopulation.

In 1640 Ferdinand II de’ Medici made an attempt at repopulation, giving hospitality to 160 Greek families from the Morea (Peloponnese) who had fled their lands because of the war in Candia in Sovana, but a few years later, in 1660, Bishop Gerolamo Borghesi transferred the episcopal see from Sovana to Pitigliano, which caused many to relocate. Tip: read our posts about Florence

Ferdinand II’s attempt fell through and malaria continued to ravage Sovana, so the few Greeks who stayed there were exterminated by the disease. In 1814 Pietro Leopoldo di Lorena suppressed the community of Sovana and added it to the town of Sorano.

Today Sovana is a charming and characteristic village in the Maremma Tuscany, with around 500 inhabitants, and is a destination for scholars and tourists who come from all over the world to admire the Etruscan necropolis and the fascinating Vie Cave.

What is the Maremma Toscana?
The Maremma covers about a quarter of the entire territory of Tuscany. This zone comprises the provinces of Livorno and Grosseto and what makes Maremma unique is the diversity of its territory. Maremma means “maritime districts”, but in the Tuscan dialect it also serves to express a sense of astonishment and, sometimes, as a curse to avoid blasphemy: maremma!

What to see in Sovana?

The amazing Rocca Aldobrandesca is a must! It was built in the 12th century by the Aldobrandeschi. This fortress is part of the city walls and is very beautiful, worth a visit! At the foot of the fortress are the remains of the walls built in the Etruscan period and it is worth mentioning that the walls were restored at the time of Siena’s rule, but it was Cosimo I dei Medici who brought it back to its former glory, with an important (and great !) reform in 1572. By the end of 1600 the fortress lost its defensive function and was slowly abandoned.

Walking along Via del Pretorio – which was the only access road to the village until 1558 – you reach Piazza del Pretorio, whose herringbone floor is still partially the original.

In the city center, visit the Palazzo dell’Archivio, which is the city’s Palazzo Comunale. It is located in Piazza del Pretorio and has a beautiful bell tower, as well as an interesting clock in the center of the façade. This palace was built between the 12th and 13th centuries, the period of greatest growth in Sovana, and a few decades after its construction, the building was destined for public use.

Also worthy of mention is the Loggia del Capitano: a characteristic building with a portico structure, which features two arches supported by a single pillar. The great coat of arms of Cosimo I dei Medici was added in 1570 and is impressively beautiful! Also read: The Ten Must-See Places in Tuscany.

The Duomo of Sovana

Be sure to visit the Cathedral of St. Peter and St. Paul! The Duomo de Sovana is located at the end of the village and was erected between the 11th and 12th centuries, starting with an 8th century church still visible today in the underground crypt.

The building located in the centre, with a large clock on the façade and a small bell tower, is the Palazzo dell’Archivio (12th century), once the seat of the municipality. On the left side of the square is the late Romanesque church of Santa Maria; inside, above the altar, you can admire the pre-Romanesque ciborium, which seems to be among the oldest intact pre-Romanesque ciboriums in all of Tuscany (it is supposed to have been taken from the ancient church of San Mamiliano); also some valuable frescoes from the 15th century, including one attributed to the Andrea di Niccolò school; the façade and original entrance are now hidden, as they have become a wall bordering the adjacent Palazzo Bourbon Del Monte, built in the first half of the 16th century.

A very beautiful and very old church is the primitive Christian church of San Mamiliano, whose bell tower is incorporated into that of the palace.

This is one of the oldest buildings in Sovana and was built on top of a pre-existing Etruscan structure; according to some scholars this was the city’s first cathedral, but the thesis that sees it as a cemetery church built in the 9th century seems more likely. It is said that it was built to preserve the relics of San Mamiliano from the island of Giglio, and today the site is a museum: the Museo di San Mamiliano. The site also houses the Sovana Treasury, which was found in 2004 during the building’s restoration.

The Sovana Treasure consists of 498 solid gold coins dating from the 5th century and displayed in the San Mamiliano Museum. Solid gold circulated in the Byzantine Empire between the 4th and 10th centuries, and its discovery is very important both for the number of pieces and the number of emperors represented on the coins, not to mention its incredible historical value.

To conclude our tour…

On the right side of the square, we find the Palazzo Pretorio, a 13th century building with several coats of arms on the facade referring to the town captains and commissioners of Siena who ruled Sovana between the 15th and 17th centuries; today Palazzo Pretorio houses the documentation center on the history and archeology of Sovana.

What to see in the Sovana area?

Being a small town, Sovana gives you the possibility to move to other nearby cities. From there you can go to the famous Baths of Saturnia, Pitigliano, and even Sorano.

Sorano is where you can stay in a dream castle! Want to feel like a noble sleeping in a very special place? Then read this post: Accomodation Experience In Tuscany.

A charming medieval town in Tuscany called Sovana. Sovana is a city that will delight you! Despite being small: take the time to hang around! The medieval air, calm and peaceful, will make you fall in love with the beautiful Sovana even more.

Your Travel To Italy

Itinerary with public transport in Tuscany

What to do in one day in Cortona?

What to know in Pitigliano?